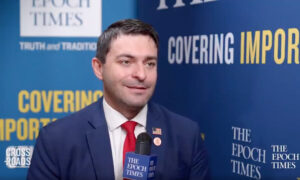 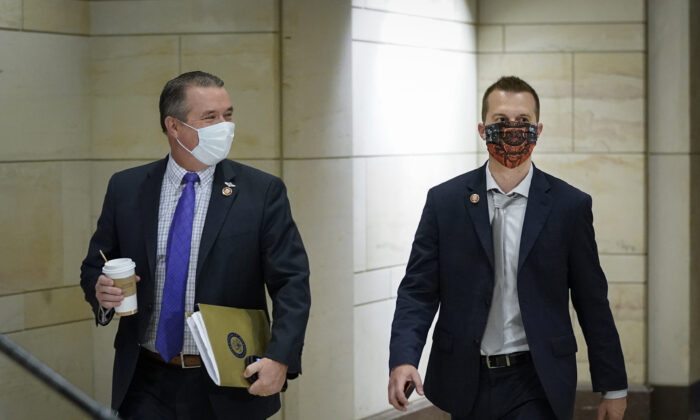 One Democratic House lawmaker joined nearly all Republicans in voting against a bill that would expand background checks on guns in the latest gun-control bill pushed by House Democrats and the White House.

The bill, called the Bipartisan Background Checks Act of 2021, passed 227–203, receiving eight Republican votes. Five Republicans co-sponsored the bill along with several Democrats. Senate Majority Leader Chuck Schumer (D-N.Y.) said Thursday that he will attempt to get senators to vote on the measure.

Rep. Jared Golden (D-Maine) was the lone Democrat to vote with the vast majority of Republicans.

In a statement, Golden stated that “we need to strictly enforce the laws we have in place” as well as provide money and staffing to the federal background check system. “Many of my constituents have a proud tradition of responsible gun ownership,” Golden said.

The measure will “utilize the current background checks process in the United States to ensure individuals prohibited from gun possession are not able to obtain firearms,” according to the bill’s summary. Essentially, it would implement new background check requirements for firearm transfers between private parties.

Private and unlicensed sellers aren’t required to carry out background checks for gun transfers, according to the current law. Federally licensed firearms dealers are required to do so.

President Joe Biden is a supporter of expanded gun control measures. The legislation may face a tougher battle in the U.S. Senate, where Biden’s fellow Democrats hold an even slimmer majority than in the House. Many Democrats want to go further by banning sales of some higher-capacity rifles such as the popular AR-15.

Republicans also pushed back against the bill, saying it infringes on Americans’ constitutional rights while saying it could hinder abuse victims from getting a gun for protection purposes in a quick manner.

The House Judiciary Committee’s senior Republican, Rep. Jim Jordan of Ohio, wrote on Twitter that House Democrats were “making it harder for law-abiding citizens to buy a gun.”