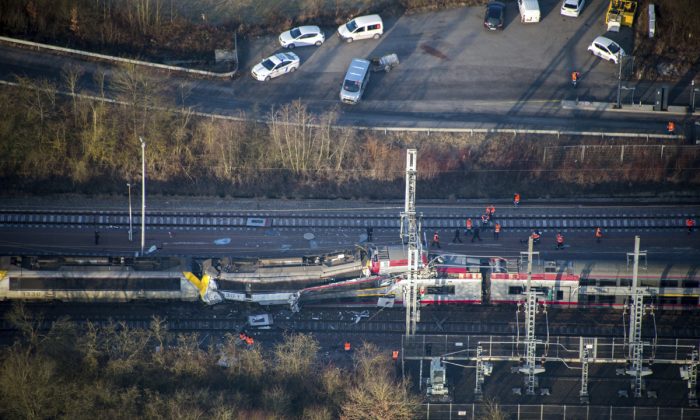 LUXEMBOURG—One person died and several were injured Tuesday in a head-on collision between a freight train and a passenger train in Luxembourg.

The CLT rail company said in a statement that the passenger train heading into France went through a stop signal for reasons still unclear.

Police said the morning crash in southern Bettembourg left some people stuck in the badly mangled passenger car. One person died while two were taken to a hospital for further treatment. Another was only slightly injured.

Images from the crash showed the locomotive of the freight car deep into the passenger train with several cargo cars derailed and spread over the other tracks behind it. Traffic into France was suspended for at least 48 hours.