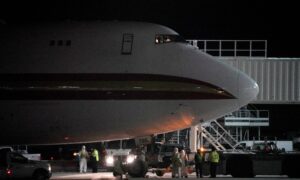 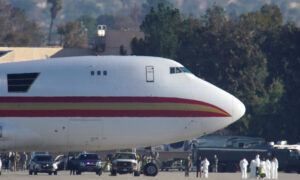 Plane With Americans Evacuated From China Lands in California
0 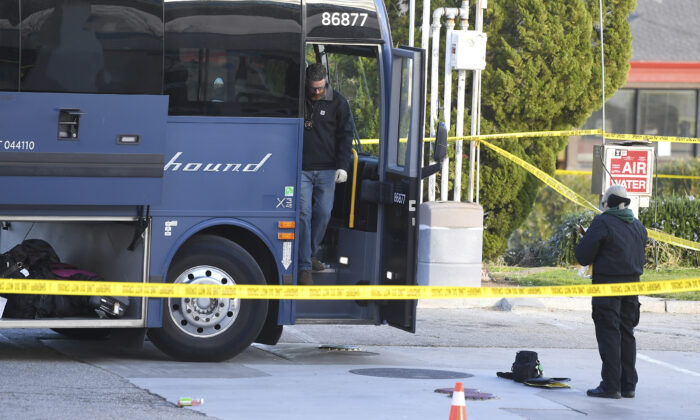 Investigators are seen outside of a Greyhound bus after a passenger was killed on board in Lebec, Calif., on Feb. 3, 2020. (Jayne Kamin-Oncea/AP Photo)
Crime and Incidents

At least six passengers were shot on a Greyhound bus that was traveling from Los Angeles to San Francisco, California, according to officials.

The California Highway Patrol said a woman was killed and five people were wounded in the incident, Sgt. Brian Pennings said, reported the Los Angeles Times.

The incident took place at around 1:30 a.m. local time in the Grapevine area on Interstate 5 near Fort Tejon Road, officials said, reported CNN. About 40 people were on the bus.

“The situation is stable and there is no threat,” another California Highway Patrol spokesperson also told CBS News.

Officials said a suspect, who was not identified, is in custody. They didn’t elaborate on a motive.

Pennings said that after the shooting, the bus driver pulled over on the right shoulder. The gunman then left the bus voluntarily and left his firearm behind, the LA Times reported.

The driver then drove to the nearest freeway exit at Grapevine Road and stopped at a Valero gas station, he told the paper.

Five people were taken to hospitals for medical treatment, while the woman was pronounced dead at the scene, according to the report. The extent of the hospitalized victims’ injuries is not clear.

Details about their ages, genders, and identities were not released.

“I’ve been on for 25 years and I’ve never seen this happen,” Pennings said.

“The bus driver acted quickly and was able to pull over and stop,” another police spokesman said, reported WEAU.

California Highway Patrol officials told KGET that an investigation into the matter is underway.

Grapevine is located south of Bakersfield.