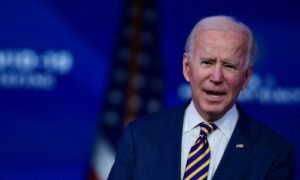 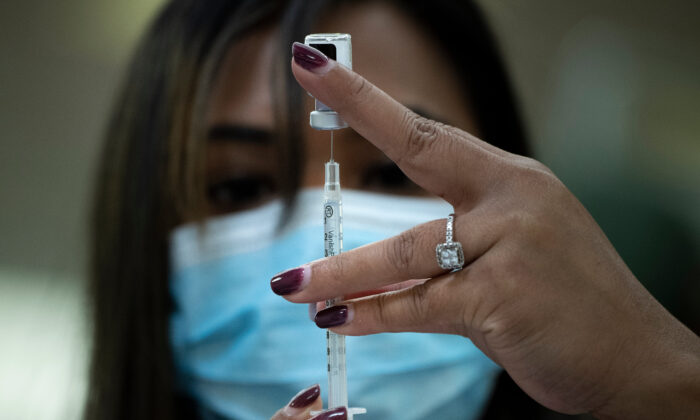 1.5 Million Americans Received a COVID-19 Vaccine in Past 72 Hours: Officials

Approximately 1.5 million Americans were injected with a COVID-19 vaccine in the past 72 hours, officials said on morning shows on Sunday.

“Over the last 72 hours, 1.5 million vaccine doses have been inoculated. Even though there is a gap in reporting, that’s a quite an important number. That’s 500,000 a day,” said Dr. Moncef Slaoui, Operation Warp Speed’s chief scientific adviser.

“In the last 72 hours they’ve gotten 1.5 million doses into people’s arms, which is an average of about 500,000 a day, which is much better than the beginning when it was much, much less than that,” added Dr. Anthony Fauci, the director of the National Institute of Allergy and Infectious Diseases.

Officials with the Trump administration late last year projected administering vaccines to 20 million people by the time 2021 started. That effort fell far short, with just 4.2 million people receiving vaccinations as of 9 a.m. on Jan. 2, out of over 13 million doses distributed.

Some federal officials, including President Donald Trump, have blamed states, which in many cases haven’t administered even 50 percent of the doses they’ve received.

“Some States are very slow to inoculate recipients despite successful and very large scale distribution of vaccines by the Federal Government. They will get it done!” Trump said last week in a tweet.

Fauci on Sunday said states have been left “on their own without any help,” and said officials are trying to kickstart “a real partnership between the federal government and the states.”

Slaoui said officials are optimistic that the numbers of people being vaccinated will go up in the coming weeks and said the operation is ready to help. “We stand by here to help any specific request. We will do the best we can, as we have done over the last eight months, to make these vaccines indeed make it into the arms of people,” he said. “But we need to have a specific ask.”

Surgeon General Jerome Adams said officials expect the number of vaccinated to “rapidly ramp up into the new year.

“And I want people to have hope. I want them to have hope that the vaccines delivered are being translated more and more into shots,” he said. “Things are changing, with 1.5 million doses in the last 72 hours. That’s meaningful change.”