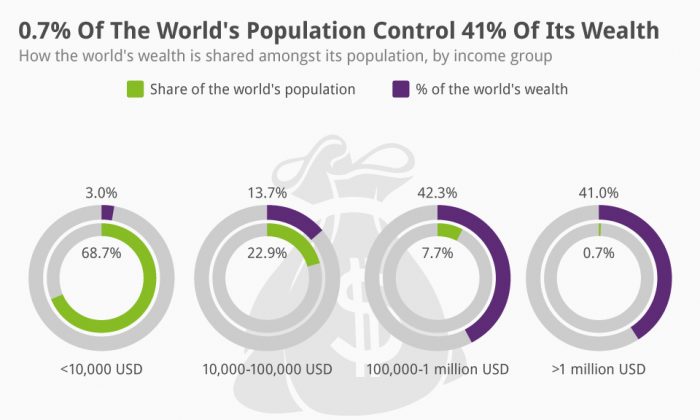 0.7% of the World’s Population Controls 41% of Its Wealth (Infographic)

Financial inequality is steadily rising alongside global wealth, which reached a grand total of $263 trillion in 2014. According to Crédit Suisse, people with a net worth of over $1 million represent just 0.7 percent of the planet’s population, but they control 41 percent of its wealth.

This chart shows how the world’s wealth is shared amongst its population, by income group.

You will find more statistics at Statista. Republished from Statista.com, see the original.