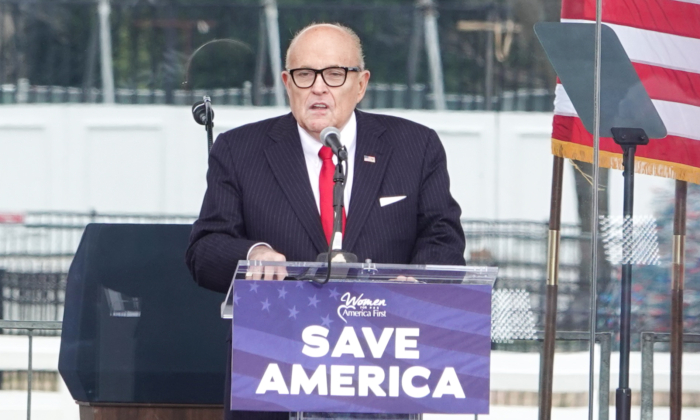 YouTube confirmed to news outlets that the ban isn’t permanent. Giuliani won’t be able to upload videos for two weeks.

“We removed content from the Rudy W. Giuliani channel for violating our sale of regulated goods policy, which prohibits content facilitating the use of nicotine, and our presidential election integrity policy,” a YouTube spokeswoman said in a statement to Bloomberg and other outlets.

“Additionally, in accordance with our long standing strikes system, we issued a strike against the Rudy W. Giuliani channel, which temporarily restricts uploading or live-streaming.”

The “nicotine use” portion could be in reference to Giuliani’s promotion of cigars and cigar companies during his YouTube videos.

The move is certain to trigger criticism over Big Tech’s censorship of dissenting viewpoints.

YouTube drew condemnation last week when it removed a Newsmax video that included an interview with Trump.

Around the same time, the firm removed a video of an attorney testifying to the Ohio legislature and claimed it included COVID-19 misinformation. In a similar move, YouTube also removed testimony given by a lawyer for Trump during a U.S. congressional hearing.

During his Feb. 28 speech at CPAC in Florida, Trump told a crowd that Big Tech firms such as Google, Twitter, Facebook, and Amazon should be punished by states if those firms “silence conservative voices.”

“The time has come to break up Big Tech monopolies and restore fair competition,” he said, adding that Section 230—a law that is part of the Communications Decency Act of 1996—must be repealed or changed.

“All of the election integrity measures in the world will mean nothing if we don’t have free speech,” Trump said. “If Republicans can be censored for speaking the truth and calling out corruption, we will not have democracy and we will only have left-wing tyranny.”