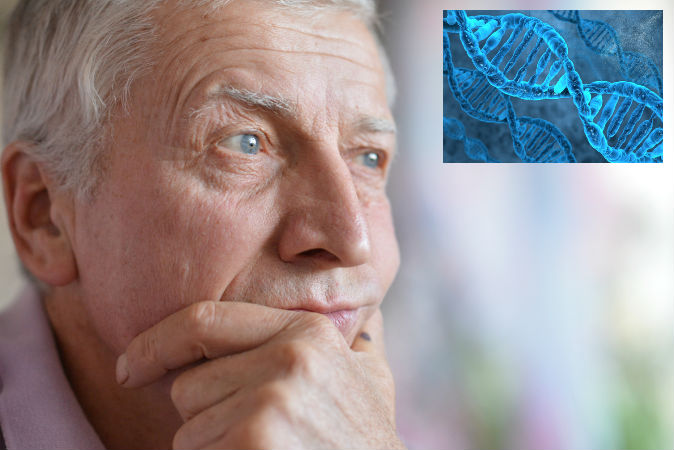 DNA does not determine your health (think genetic diseases) or other attributes, says Bruce Lipton, PhD., your perceptions do. It really is a matter of optimism versus pessimism, he says. (Shutterstock*)
Health

The common idea that DNA determines so much of who we are—not only our eye or hair color, for example, but also our addictions, disorders, or susceptibility to cancer—is a misconception, said stem-cell biologist Bruce Lipton, Ph.D.

“You find yourself to be more or less a victim of your heredity,” Lipton said in the documentary “Biology of Belief.” “The problem with that belief system is that it extends to another level. … You become irresponsible. [You say,] ‘I can’t do anything about it, so why try?'”

This concept “says you are less powerful than your genes,” Lipton explained.

He said a person’s perception, not genetic programming, is what spurs all action in the body: “It’s actually our beliefs that select our genes, that select our behavior.”

To explain how this works, he started at the level of the 50 to 65 trillion cells that comprise the human body. He showed how a cell functions independent of DNA and how its perceptions of environmental stimuli affect DNA. He then applied the same principles to the human body as a whole, showing the power our perceptions, our beliefs, have over DNA.

The following is a simplistic summary of Lipton’s understanding. For more details, you can watch his documentary below.

1. The cell is like a human body and it functions without DNA

The cell is like a human body. It is capable of respiration, digestion, reproduction, and other life functions. The nucleus, which contains the genes, has traditionally been viewed as the control center—the brain of the cell.

Yet, when the nucleus is removed, the cell continues with its life functions for a month or more and it can still recognize toxins and nutrients. It appears the nucleus—and the DNA it contains—does not control the cell.

Scientists assumed some 50 years ago that genes control biology. “It just seemed so correct, we bought the story,” Lipton said. “We don’t have the right assumptions.”

2. DNA is controlled by the environment

Proteins carry out the functions in cells and they are building blocks of life. It has long been thought that DNA controls or determines the actions of proteins.

Lipton proposes a different model. Environmental stimuli that come into contact with the cell membrane are perceived by receptor proteins in the membrane. This sets off a chain reaction of proteins passing on what could be described as messages to other proteins, motivating action in the cell.

DNA is coated in a protective sleeve of protein. The environmental signals act on that protein, causing it to open up and to select certain genes for use—genes specifically needed to react to the current environment.

Basically, DNA is not the beginning of the chain reaction. Instead, the cell membrane’s perception of the environment is the first step.

“Genes can’t turn themselves on or off … they can’t control themselves,” Lipton said. If a cell is cut off from any environmental stimuli, it doesn’t do anything. “Life is due to how the cell responds to the environment.”

Lipton cited a 1988 study by John Cairns published in the journal Nature titled “The Origin of Mutants.” Cairns showed that mutations in DNA were not random, but happened in a predetermined way in response to environmental stresses.

“In every one of your cells, you have genes whose function it is to rewrite and adapt genes as necessary,” Lipton explained. In a chart illustrating Cairns findings in the journal, environmental signals were shown to be separate from the organism’s perception of environmental signals.

4. Human beliefs, choosing to perceive a positive or negative environment

Just as a cell has receptor proteins to perceive the environment outside the cell membrane, humans have the five senses.

These are what help a person determine which genes need to be activated for a given situation.

The genes are like programs on a computer disk, Lipton said. These programs can be divided into two classes: the first relates to growth, or reproduction; the second relates to protection.

A person may perceive a negative environment where there is actually a supportive or positive environment. When this negative perception activates the protection genes, the body’s response is to go into fight-or-flight mode.

Blood flow is directed away from the vital organs to the limbs, which are used for fighting and running. The immune system becomes of lesser importance. If you picture the responses we once needed for running from a lion, for example, the legs would have been infinitely more important in that immediate situation than the immune system. Thus, the body favors the legs and neglects the immune system.

So, when a person perceives a negative environment, the body tends to neglect the immune system and vital organs. Stress also makes us less intelligent, less clear-minded. The part of the brain related to reflexes is given more prominence in fight-or-flight mode than the part related to memory and other mental functions.

When a person perceives a loving environment, the body activates growth genes and nurtures the body.

Lipton gave the example of Eastern European orphanages, where children are given lots of nutrients, but little love. Children in such institutions have been found to have stunted development in terms of height, learning, and other areas. There is also a high incidence of autism. Lipton said autism in this case is a symptom of protection genes being activated, like walls being put up.

“Beliefs act as a filter between the real environment and your biology,” he said. Thus, people have the power to change their biology. It is important to keep a clear perception, he said, because otherwise you won’t develop the right things biologically for the real environment around you.

“You are not victims of genes,” he said, asking the audience to consider “What beliefs are you selecting genes with?”