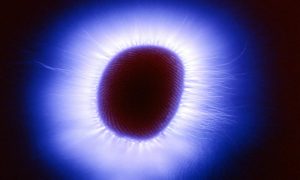 What Are the ‘Auras’ Around People Seen in Photos?
0
Share Now
TelegramFacebookTweetEmailTellMeWeReddit
Copy Link 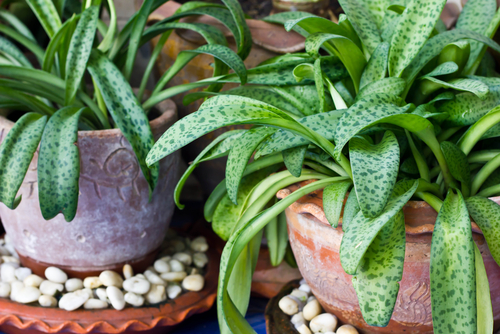 New research by a team of scientists at the University of Western Australia (UWA) shows plants have long-term memory. This adds to a body of research that has shown plants have high-level mental processes, including the ability to feel fear and happiness, the ability to communicate, and even the ability to read your mind.

Prince Charles once said he talked to plants and they responded. As an Economist article about the new plant memory research points out, Prince Charles faced some ridicule for his statement, but perhaps he will soon be vindicated.

Here’s a look into the minds of plants.

Dr. Monica Gagliano led the UWA study, which was published in the journal Oecologia.

She and her team dropped potted Mimosa pudica plants onto cushioning foam from a height that would shock the plants, but not harm them. Mimosas were chosen for a unique attribute: they close their leaves when threatened, thus it is easy to observe their reaction to stimuli.

The plants stopped reacting after a few drops, showing they had learned the action was not dangerous. The researchers made sure it wasn’t simply that the plants were fatigued and could no longer react; they applied a different stimulus to which the plants instantly reacted.

The tests were carried out on multiple plants over various time periods.

Some plants were left undisturbed for 28 days after an initial test of a few drops. After so many days, the plants still remembered the lesson they had learned and did not react to the drop, though they did react to other stimuli.

How Do Plants Think Without Brains?

Though plants do not have the brains and neural systems observed in other organisms with higher mental faculties, researchers are starting to hypothesize alternative systems. For example, the Economist explains, plants have well-formed pathways through which they may transmit information in the form of electrical signals.

The late Cleve Backster made an astonishing discovery in 1966 that started the trend of people talking to their houseplants.

He got two Dracaena plants and connected one of them to a lie detector. He had a person stomp the other plant. When this action was performed, the polygraph showed the plant that witnessed the stomping registered fear.

Backster took it further. The plant that had registered fear was tested again. Multiple people walked into the room where the plant was, including the person who had stomped the other plant. The polygraph showed no reaction to the other people, but when the person who had stomped the plant walked into the room, it again showed fear. It seemed to recognize this person.

Plants experience happiness when watered, Backster found, and they even have the ability to read human minds.

Once, when Backster was thinking of what experiment to try next, he thought of burning a plant’s leaves to see its reaction. Just as he had the thought of harming the plant, the polygraph showed the plant react with fear.

Backster’s findings have been reproduced by others, including Russian scientist Alexander Dubrov and Marcel Vogel, who was at IBM at the time of his studies.

Epoch Times conducted an in-depth interview with Backster before his death. See the two-part series: Primary Perception: Look Into ‘The Secret Life of Plants’

Plant communication is a growing field of study. Dr. Gagliano has conducted recent research on the topic. In a study published in the Oxford Journals in 2012, Gagliano explained that it has long been known that plants produce sound waves.

Many have thought these sound waves to be accidental by-products of a plant’s reaction to dehydration, rather than intentional communications. But Gagliano isn’t so sure.

She looked at the ways the plants communicate. The widely understood process that creates sound waves is called cavitation. It happens when plants are dehydrated and the water column is stressed. Gagliano said, however, “The acoustic signals emitted by plants are so numerous that it always seemed extremely unlikely that each acoustic event was attributable to cavitation alone … and in fact, recent evidence now indicates that plants generate sounds independently of dehydration and cavitation-related processes.”

She cited research that shows some of the sound waves may be created by a largely stable bubble system of the xylem conduits.

“Although the proximate and ultimate mechanisms used by animals to sense their environment and communicate with each other have long been the subject of intense scientific interest, the study of plant communication exists, but is still not as advanced and recognized,” Gagliano wrote. “This is particularly the case for plant bioacoustics; and it is surprising, when we consider that the ability to sense sound and vibrations is a phylogenetically ancient sensory modality behind the behavioral organization of all living organisms and their relationship with their environment.”

*Image of houseplants via Shutterstock