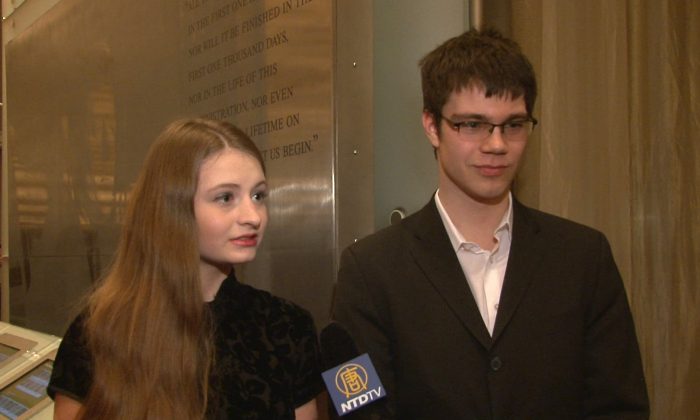 “When I sat down and heard the music, I was like ‘this is going to be really cool.’ It blew me away. It was fantastic,” said Ms. Drake. She saw Shen Yun perform January 24, at the Kennedy Center Opera House.

Shen Yun performs classical Chinese dance. A full Western orchestra accompanies the dancers. Several Chinese instruments are also incorporated into the orchestra for a new and unique sound. According to Shen Yun’s website, Classical Chinese dance has been passed down over thousands of years. It was performed in the imperial courts, among the people, and through ancient dramas.

“The dancing is very intricate and very interesting. I was very impressed with the unison of all the dancers they were all like spot on, the same. It was really amazing,” said Ms. Drake.

“Every single flip was just like wow, that is not normal, that shouldn’t happen. Every dance is just so different and intricate. It is really beautiful,” said Mr. Franchet.

Shen Yun’s performance Friday included both classical Chinese dance as well as ethnic dance from across China and the surrounding region.

“It was great, it was fantastic,” said Ms. Drake.