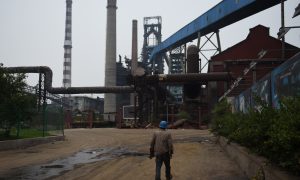 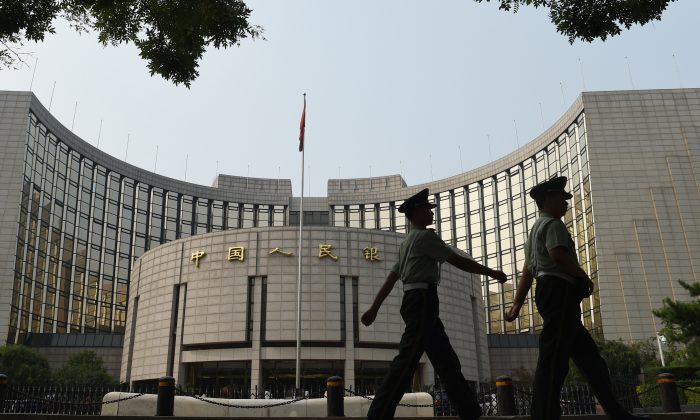 Paramilitary policemen patrol in front of the People's Bank of China, the central bank of China, in Beijing on July 8. (Greg Baker/AFP/Getty Images)
Business

Yes, It’s a Slow Summer in the US But China Is Roiling

Although U.S. financial markets have pulled back recently and some people think they are putting in a major top, the real action this summer is in China.

At first we had a stock market crash of roughly 30 percent, then a surprise devaluation of the currency of 3 percent and bad economic data throughout to accompany the drama.

August 21st is no exception. Stocks again cratered 4.3 percent Friday, hitting the July 8 rock bottom of 3,507 for the Shanghai Composite Index. This brings the weekly loss to 11.5 percent.

After pumping in around $60 billion in yuan liquidity into the banking system and injecting $93 billion U.S. dollars (not yuan) into two banks directly to support the currency and the markets, the People’s Bank of China (PBOC) is at a loss and the market is already crying for more easing.

“PBOC policy may not effectively transmit to real economy, but further cuts [in bank reserve requirements are] needed to counter the liquidity shortage,” writes Zhu Qibing of China Minzu Securities.

The Yuan Devaluation and Its Impact on Hong Kong

Talking about the real economy, to add insult to injury, the Caixin China Manufacturing Purchasing Manager’s Index, a good proxy for manufacturing activity, fell to levels not seen since 2009 in August. The reading of 47.1 signals activity is contracting sharply.

Previously authorities have heavy-handedly defended the 3500 level on the Shanghai Composite, not least by threatening to arrest “malicious short-sellers.” The question is whether such a strategy can work in the long term.

The economy is in free-fall and most of the sellers are disgruntled farmers and housewives who borrowed heavily to purchase shares and are losing faith in the regimes ability to influence prices.