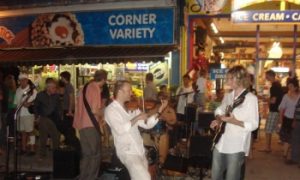 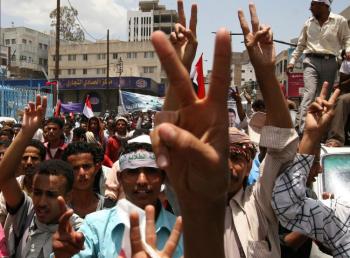 Yemen Protests Continue, Despite Claims Saleh Will Step Down

By Jasper Fakkert
Print
A day after Yemeni President Ali Abdullah Saleh said he would to leave office within 30 days, protests continued calling for his immediate resignation.

The resignation plan, mediated by the Gulf Cooperative Council (GCC), would see Saleh hand over power to his vice-president within 30 days in exchange for immunity. New elections would then be called within 60 days after Saleh stepped down.

Protesters, however, are demanding the president leave immediately and they don’t agree with giving the 32-year dictator immunity from prosecution.

Tens of protesters have been killed in the past two months. Last month, Saleh already indicated he would resign, only to retract his statement days later after he deemed he still had enough political support.

In an interview with BBC on Sunday, Saleh described the weeks of protests in the country as a “coup.”