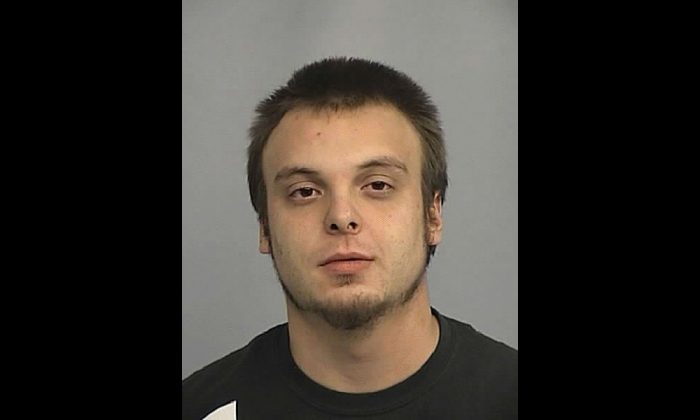 Wyoming Man Warns of Alien Invasion in City of Casper

A Wyoming man told police on Monday, Oct. 2 that he was back from the future and had come to warn the City of Casper of dire things to come.

Police responded to a call about a man claiming to be from the future at about 10:30 p.m. and found Bryant Johnson, a man in his late 20’s. Casper Police said in an affidavit that he appeared to be on drugs or alcohol.

He told officers that he was back from the year 2048 and warned of an alien invasion that would happen next year. He told residents to leave as soon as possible, and demanded to talk to “the president” of the town and would talk to no one else.

He also told police that he was able to time travel with the help of aliens. He said he had to stand on a pad and that the aliens filled his body with alcohol, but that they had sent him to the year 2017 instead of 2018 as they had planned.

Johnson had watery, red eyes, and slurred speech, police reported in the affidavit, and he smelled of alcohol.

An initial reading of his blood alcohol level came in at .136, almost twice the legal level to drive at. Police said it was difficult to get a reading because he blew either too softly or too hard into a portable breath test, an inaccurate instrument used to determine if a person has alcohol in their system.

Johnson was arrested for public intoxication and taken to the Natrona County Detention Center “without issue,” police reported.