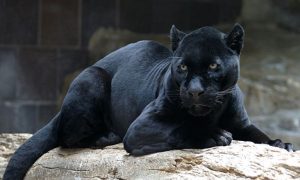 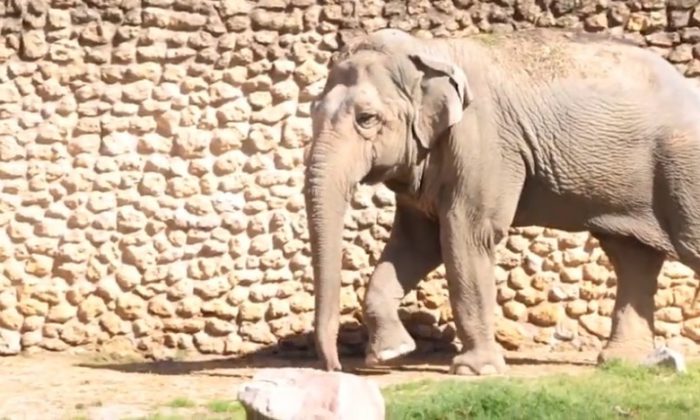 Flavia, dubbed 'the world's saddest elephant' has died at a zoo in Cordoba, Spain. (City of Cordoba)
International

A lonely elephant dubbed “the saddest in the world” has died at the age of 47 at a Spanish zoo, after more than four decades in solitary confinement.

The pachyderm—named Flavia—spent 43 years living alone in her enclosure at the Cordoba Zoo.

Zoo officials announced the elephant’s death in a Facebook post on March 1, saying “All the staff of the municipal zoo that have been lucky to work with Flavia regret the death of our elephant.”

Spanish news outlet The Local reported that after collapsing in her pen and being unable to get to her feet, the animal was euthanized.

Amparo Pernichi, an official in charge of Environmental issues at Cordoba City Hall, said Flavia’s death was ‘”a tremendous blow in general for the zoo family,” according to the news outlet. “During the last six months, Flavia’s physical condition had deteriorated, but especially so in the last two weeks.”

Pernichi called Flavia “an icon of the city” and said she would be missed immensely.

According to EuroWeekly, the zoo had been working with animal rights group PACMA on a possible transfer of the aging Flavia to a sanctuary. The publication cited PACMA as saying that the Cordoba zoo had “isolated the elephant, known as the saddest elephant in the world, during 43 years of confinement and solitude.”

An online petition set up by Rebeca Iglesias called for signatures to persuade the zoo to find a different home for the lonely animal.

“Imagine living 43 years locked in a place without being free, that would kill anyone much earlier,” Iglesias wrote in the petition, which at the time of reporting had garnered 130 signatures.

“Yesterday we woke up with the sad news of the death of our beloved Elefanta Flavia,” the comment read. “With this video we pay homage to her and her closest family: the workers at the zoo.”

People have been posting heartfelt tributes on the Cordoba Zoo’s Facebook page.

“It was just a week ago that we went to see her,” posted one user. “Rest in precious peace.”

Flavia’s sudden death recalls the case of a young elephant named Tukta from Sydney’s Taronga Zoo, who died from an acute onset of a herpes virus.

The 8-year-old Asian elephant, Tukta, was not eating and was lethargic on Monday, Sept. 3, 2018, and suddenly passed away in the afternoon, despite emergency treatment.

Her death was like losing family, and staff and volunteers of the zoo are devastated, Taronga Director and CEO Cameron Kerr said.

It is with deep sadness we share the news that Tukta, our young Asian Elephant, passed away yesterday due to a sudden…

The Taronga veterinary team said she died from a suspected case of elephant endotheliotropic herpesvirus (EEHV).

The virus does not affect humans, but is present in almost all Asian elephants, both in the wild and in zoos. It only causes some young elephants to fall ill—but when it does, it is almost always deadly, Taronga Zoo said in a release.