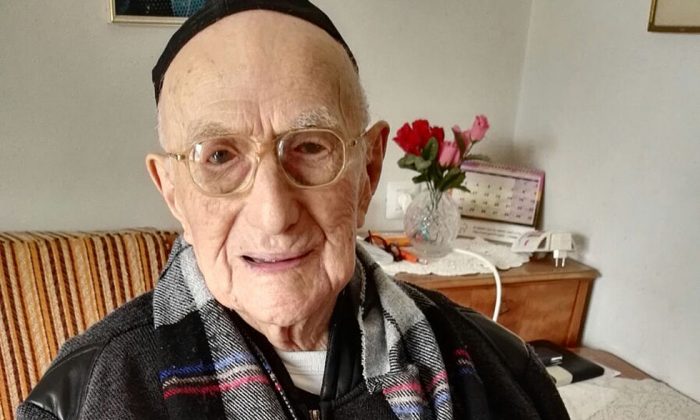 Yisrael Kristal sitting in his home in the Israeli city of Haifa. (SHULA KOPERSHTOUK/AFP/Getty Images)
International

The world’s oldest man died one month before his 114th birthday. He died in Israel on Aug. 11. He survived two world wars and Nazi persecution during the Holocaust.

Yisrael Kristal was born in 1903 in Poland. He was recognized as the world’s oldest man last year by Guinness World Records, as HuffPost reported.

“I don’t know the secret for long life. I believe that everything is determined from above and we shall never know the reasons why. There have been smarter, stronger, and better looking men than me who are no longer alive. All that is left for us to do is to keep on working as hard as we can and rebuild what is lost,” said Kristal to Guinness World Records, after receiving the recognition.

Both of Kristal’s parents died before they could celebrate his 13th birthday with a bar mitzvah, an important coming-of-age celebration in the Jewish tradition. He moved in with extended family and helped the family confectionary business before the Nazis invaded Poland in 1939. The aftermath of the invasion led to the death of his first two children. His wife was killed soon after, when the couple was forced into the notorious Auschwitz concentration camp. He weighed only 82 pounds by the time the Holocaust ended and he was freed.

Kristal managed to survive it all. He moved with his second wife to Israel in 1950, where he lived for the rest of his life. He restarted the family’s confectionary business in his new home country. By the time of his 113th birthday last year, he had two living children, nine grandchildren, and 30 great-grandchildren. He was finally able to celebrate his bar mitzvah 100 years later, as reported by National Public Radio.

“But his attitude is that he has just lived his life, and reached this age, it’s just his reality, it wasn’t in his hands. That’s what he believes.”

She also noted how he is not bitter about the hardship he went through during those tumultuous periods in world history.

“He believes he was saved because that’s what God wanted. He is not an angry person, he is not someone who seeks an accounting. He believes everything has a reason in the world,” she said.

The holder of the previous oldest man record, Yasutaro Koide of Japan, died last year at the age of 112.