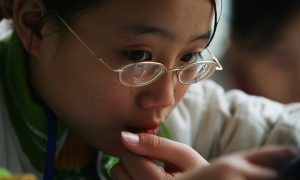 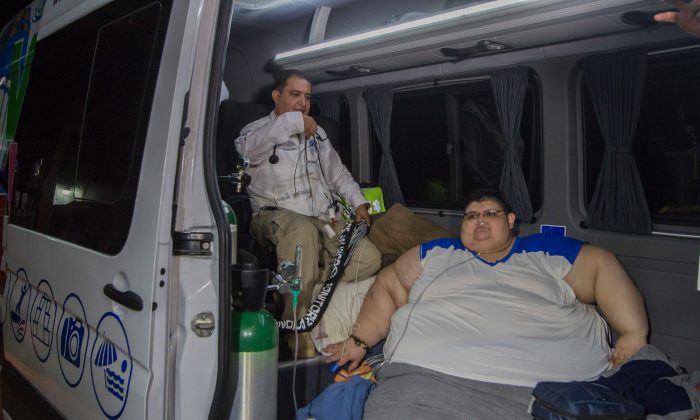 Losing a few pounds doesn’t seem like an impossible thing to do—it’s just a matter of hitting the gym and losing those extra pounds of fat in order to stay fit.

For some people, that’s the reality. However, for a select few others, that might not actually be the reality.

And ultimately, for the man who was previously known as the world’s “most obese man,” it might have been next to impossible. Juan Pedro Franco, the man from Mexico, had health issues stemming from a disease that had plagued him since childhood.

With a whole ton of body weight—a whole 1,302 pounds, he was bedridden for an entire decade, and in those years, had not been able to move because of the sheer mass that was his body weight.

His weight had put him in the Guinness World Records for being the “most obese man,” and he was given an award for it.

However, in just a couple of years, he lost nearly half his weight. After undergoing gastric bypass surgery, he was able to lose about 670 pounds.

According to Mexico Daily, he had undergone two different surgeries— a sleeve gastrectomy and a gastric bypass surgery, he plans to go under another surgery.

Thanks to another gastric bypass surgery, which is his third one, he could lose another 308 pounds.

He might have lost his previous title as the “most obese man,” but he doesn’t seem to mind—nor care, for that matter.

The weight was attributed to gaining 22 pounds every year of his life, due to his inability to maintain nor sustain himself to keep a healthy lifestyle.

Due to his weight, he had developed health issues, which included diabetes, high blood pressure, and hypothyroidism.

He made a decision to do something about his weight after he was recognized as the “most obese man” by World Guinness Records.

According to Guinness World Records, Franco said, “I tried to diet day after day, but nothing worked and I became desperate.”

The Independent reported that in the mini-documentary made by Natasha Pizzey-Slegert for BBC, Franco did try his best on his own to get his weight down. “I was always dieting, trying new products, trying everything,” Franco said.

Franco finally sought help from professionals, but unfortunately, most of them turned him away for various reasons.

After being rejected many times by different doctors, he finally encountered a group of professionals who were willing to help him.

One of the doctors on the team to help Franco was Dr. Jose A. Castaneda, explained the reason “patients like him typically get rejected” is because of the lack of “beds, operating rooms, and special tools for them.”

In the same documentary, Franco explained that when he was 17, he was in a car accident that kept him bedridden for two years—and he had never really recovered from that. His weight gain only worsened.

Doctors were appalled at the rate he was gaining weight, and couldn’t come up with an explanation.

Because of his treatment, he had to move several times to be closer to the doctors—all within the same year.

Despite the dangers of the surgery, where he was told that he might not survive, he pressed on, and never lost the drive to lose weight.

A New Man, a New Life

The surgery would allow him to absorb only 40 to 50 percent of what he eats, meaning everything Franco eats would be equivalent to more or less 3 ounces of food, reported Mexico News Daily.

The surgery was a success and he’s already moving around—he is able to do things that he hadn’t been able to do for a long time like get out of bed. Now he is not only able to get out of bed on his own, he can also wash and dress himself as well.

He has also decreased the amount of medication he is required to take, as he told Mexico News Daily, “Now I’m taking 12 pills in the morning and 12 at night.” Franco also has insulin injections and said that he used to inject a lot of insulin, but after the surgery, it has decreased to “just 20 units.”

He is also able to do squats every day, and he said he does at least 21 daily. And he longer requires the assistance of an oxygen tank.

He is making progress, and he’s definitely not going to stop.

“The first thing I want to do when I can walk is, go out, feel the air, feel the street, be outside. Because being in bed, trapped in four walls just watching everything is really hard,” Franco said.