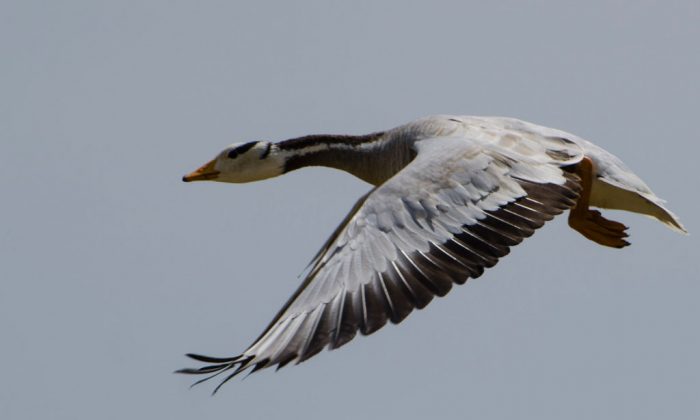 In a significant breakthrough, scientists studying the survival mechanism of the world’s highest-flying bird- the bar-head goose, have indicated that the new insights gained from the study could help prevent killer medical conditions like heart attacks and strokes in humans.

The bar-headed goose is one of the few living creatures that can survive at extreme altitudes of up to almost 24,000 feet. These birds are known to survive at such high altitudes during their yearly migratory flights between China and India as they cross the Himalayan mountain range.

Oxygen levels at such high altitudes are only a third of those found at sea level, and most humans would quickly pass out if exposed to such conditions. However, the heart of the bar-headed goose manages to beat fast enough to circulate the mere 7 percent oxygen in the air to every part of its body.

Lead researcher, Dr. Lucy Hawkes said, “It all seems to come down to how much oxygen bar-headed geese can supply to their heart muscles. The more they can supply, the faster they can beat their hearts, and thus keep the supply of oxygen to the rest of the body going.”

Hawkes, who is from the center for ecology and conservation at the University of Exeter, further said that the findings suggest that other species, including humans, are limited more by what their hearts can do than by how fit the rest of their body muscles are at higher altitudes.

She added: “The wider implications of these findings are for low oxygen medical conditions in humans, such as heart attack and stroke – suggesting what adaptations might help prevent problems in the first place and learning how animals have managed to cope with really extreme environments.”
The scientists tested bar-headed geese by getting them to run on a treadmill inside a box with oxygen levels similar to those found on Mount Everest.

They found the geese to have very high tolerance for low oxygen levels both when at rest and when exercising for 15 minutes at top speed. In comparison, a barnacle geese, which migrate at sea level, showed they did not have the same ability to cope with lack of oxygen.

The research is reported in the latest edition of the online journal Public Library of Science ONE.

Bar-headed geese have been shown to possess a number of physiological adaptations that may assist their survival in low oxygen conditions. In particular, their heart and locomotor muscles contain extra blood vessels.