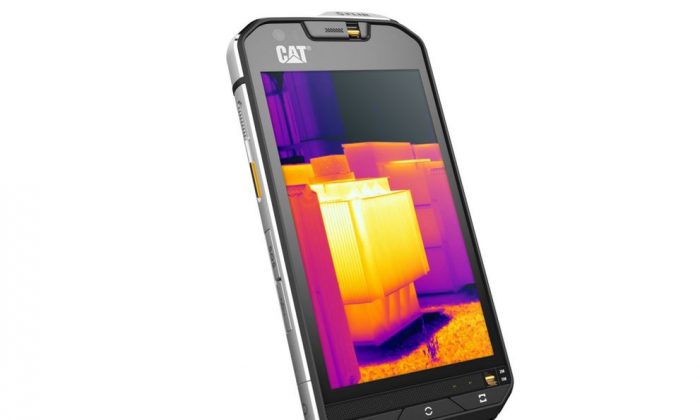 Caterpillar, the company best known for its construction machinery, unveiled the world’s first smartphone with an integrated thermal imaging camera this week.

The camera on the Cat S60 smartphone is able to do what no other smartphone camera has been able to do before: visualize heat that is otherwise invisible to the human eye.

However, as exciting as this may sound, the practical use of such a camera will be limited for most people. Sure, taking thermal heat selfies will be fun for a while, but counter to popular belief, thermal imaging cameras are unable to do spectacular things such as look through walls.

The camera will offer a lot of possibilities, however, for professionals who work in construction. For example, the camera is able to detect heat loss in a building. Thermal imaging cameras are also able to detect whether someone is carrying a weapon under their clothes, due to the difference in temperature, offering potential security use.

According to FLIR, the company who built the camera for the Cat smartphone, it is the smallest thermal imaging camera in the world. The phone itself is of the most rugged kind and is able to survive being dropped on concrete or being submerged in water for one hour.

Here are the features of the phone:

If you can’t resist the idea of having thermal imaging on your phone, but you are not in the market for a new Cat phone, there is another option. FLIR, the company behind the Cat S60 camera, is offering an external thermal imaging camera that you can connect to your phone. The FLIR ONE camera works on iOS and Android operating systems.