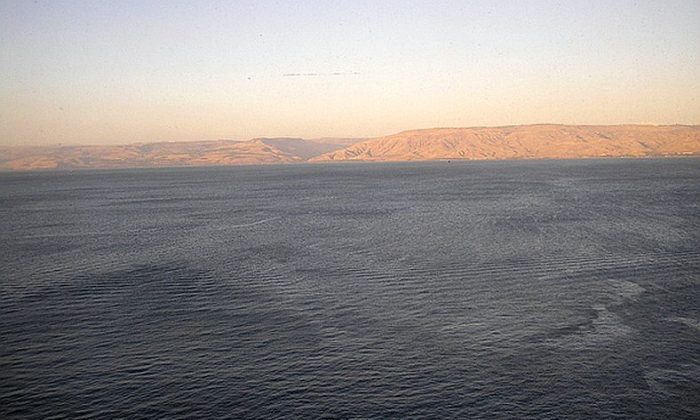 This shot of the Sea of Galilee was taken near the old city of Tiberias. The newly discovered structure is located just to the south. Photo by Deror Avi, through Wikimedia.
International

World War I Shells Appear in Drought-Plagued Sea of Galilee

World War I shells have been discovered in the Sea of Galilee, located in Israel, according to a report.

The shells—believed to Turkish—were discovered amid receding waters in the drought-hit area police told the Reuters news agency on Sept. 6.

The shells were likely dumped by Turkish forces as they were retreating about a century ago.

“It emerged that these were artillery shells from the World War One period which were apparently abandoned by the Turks when they lightened their load as they fled from the British army,” police spokesman Luba Samri told the news outlet

Turkish forces controlled Palestine as part of the Ottoman Empire. In the aftermath of World War I, the British ruled Palestine until 1948.

Israel’s Water Authority said there has been a dramatic reduction in the annual rainfall in the Galilee region over the past two years. The lake’s water level has dropped sharply, and far below levels seen in the last century, according to Israel Hayom.

Israel Today said that the Sea of Galilee stands at about 15 feet below its optimal water level. The deputy chief of the Kinneret Authority said that “everyone needs to pray for a rainy winter.”

The lack of water has again exposed an island in the the mid-section of the lake.

Despite the dry conditions, tourists are still flocking to the site, with approximately 750,000 people having visited the Biblical sea in the past two months, Jerusalem Online reported.