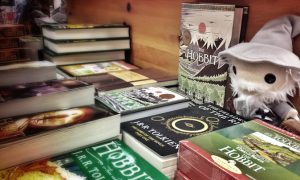 For Another View of World War I, Look to Lord of the Rings
0
Share Now
TelegramFacebookTweetEmailTellMeWeReddit
Copy Link 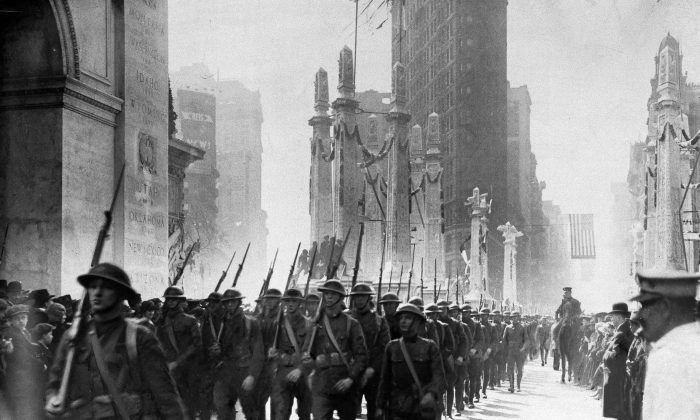 World War I: In the Beginning… (+Photo Gallery)

With the exquisite turn of phrase for which she was so highly regarded, Barbara Tuchman once likened the Austro-Hungarian declaration of war against Serbia of 28 July 1914 to an example of “the bellicose frivolity of senile empires”. From certain angles this seems an apt judgement. Many of the leading policy-makers of the dual monarchy hoped and believed that decisive action against their unruly South Slav neighbour would reinvigorate the Habsburg Empire and restore it to its rightful place as one of the foremost of the European great powers.

In reality, the declaration was a precondition for the Empire’s ultimate collapse and dissolution. It would have no less dramatic consequences for the rest of Europe. It is this divergence between misplaced hope and actual outcome that is at the crux of why July 28 matters.

That Austria-Hungary should have wanted to tame Serbia in the summer of 1914 was hardly a secret. Ever since the pro-Russian Karađorđević dynasty had acceded to the Serbian throne in a bloody coup a decade earlier, Serbia had been a thorn in Austria’s side. It fomented dissent within the Empire, promoted separatism in Austria’s Slav-populated southern provinces and generally undermined the prestige of the Habsburg Empire in the Balkans.

The assassination of Franz Ferdinand at Sarajevo was a startling illustration of this problem. But it was also a serendipitous opportunity for Austria, allowing them to take the matter in hand and deal with Serbia once and for all. The formidable Austrian ultimatum delivered to Serbia on 23 July was an expression of this thinking. The decision to reject Serbia’s surprisingly emollient reply two days later is also demonstrative of this desire. And so the declaration of war on the 28th was in a sense just the realisation of an action that had been heavily prefigured.

So it was no mere frivolity. For Austria it was an active policy choice grounded in the belief that for the monarchy’s salvation, decisive action was needed above all else. The Serbian problem would be excised by force of arms, restoring the prestige of the Habsburg Empire in the process. It goes without saying that it had occurred to nobody in Vienna that Serbia, with an army hardened by recent combat experience, would be able to fight back successfully or that the Habsburg forces might be humbled by it on the battlefield; that was to be an unpleasant surprise reserved for later. Austria expected victory and pushed for a confrontation on that basis.

Austria’s declaration of war had a wider significance because it forced Europe’s other states to consider how they would react. One country had already made its choice: Germany. Informed in advance of Austria’s intentions, the German leadership had offered their support and encouragement. Berlin would back Vienna because the situation offered a chance to enhance the prestige of their alliance, either with an easy diplomatic victory or with a war in supposedly favourable circumstances.

If Serbia capitulated or was defeated by Austrian arms while the other powers stood aside for fear of German intervention, then Berlin would reap the political rewards. A problem might only arise if Russia proved unwilling to countenance the subjugation of Serbia, but that was a risk that most in Berlin were willing to take. Indeed, some even welcomed the prospect of a showdown with Russia, especially as this would be at a time of their choosing rather than Russia’s.

For Russia the Austro-Hungarian action posed a problem. Although it was undoubtedly the case that Vienna had legitimate grievances against Belgrade, St Petersburg rightly suspected that there was more to Austria’s behaviour than a simple desire for redress. It was understood in Russia no less than in Austria and Germany that the subjugation of Serbia by Habsburg arms would inevitably redraw political relations in Europe to Russia’s disadvantage.

St Petersburg was, therefore, effectively being asked to see its influence and prestige decline, have this underlined in full public gaze by the military nature of the process and to stand aside passively while this happened. But even if this was very far from being acceptable, the alternative policy, namely intervention, threatened a confrontation with Germany. It was hardly a palatable choice and yet, like all good traps, there was no obvious way out.

For those powers eager to prevent a conflagration, the solution was negotiation. Sir Edward Grey, Britain’s Foreign Secretary, proposed talks. But the very idea of such discussions cut against the Austro-German strategy, which was to present the humbling of Serbia as a fait accompli and dare a response. Mediation was, therefore, rejected, leaving only opposition or surrender as the options for other powers. Successive days would show that many regarded this as no choice at all.

Matthew Seligmann does not work for, consult to, own shares in or receive funding from any company or organisation that would benefit from this article, and has no relevant affiliations. This article was originally published on The Conversation. Read the original article.