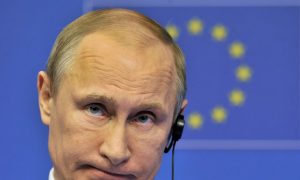 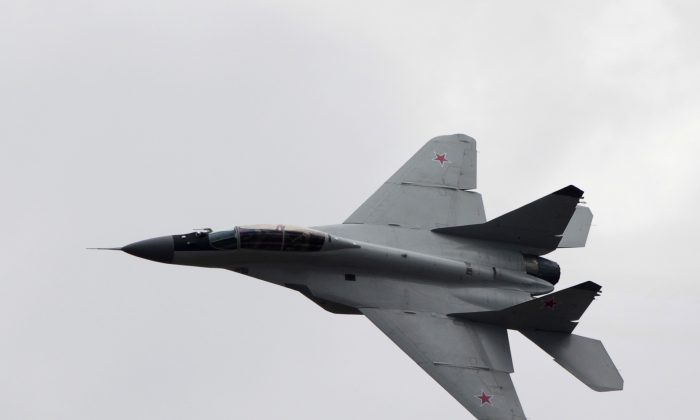 Twenty-eight Russian military planes were intercepted by NATO jets over the Baltic Sea earlier this week, the Latvian government said. Officials on Thursday said the recent upturn in Russian activity over the region is not a sign the Kremlin is “preparing to attack” but is testing NATO defense and reaction times.

As Bloomberg notes, the increase in Russian plane activity poses a threat to commercial airliners because they fly sometimes with transponders turned off. There’s been an uptick in the number of Russian planes that have flown in the Baltic Sea in recent months amid tensions between the West and the Kremlin over Russia’s moves in eastern Ukraine.

On Thursday, Polish officials said that Russia’s military actions in the Baltic Sea region is a new development and “unprecedented,” according to the BBC.

Defence Minister Tomasz Siemoniak noted that the majority of the activity was in international waters and airspace. Sweden, which is not a NATO member state, is the country most affected by the airspace incursions, he said.

Siemoniak said that Russia isn’t “preparing to attack” but it is testing NATO’s defenses. That, he added, “does not serve to build good relationships and trust.”

As the BBC reported, there were a few incidents in the region this week:

On Tuesday the Norwegian military said one of its warplanes had a “near miss” with a Russian fighter which had ventured too close, north of Norway

The Finnish air force said that there had been “unusually intense” Russian activity over the Baltic Sea and the Gulf of Finland, with most flights involving bombers, fighters and transport planes heading between the Russian mainland and the Kaliningrad enclave, between Lithuania and Poland

Nato said on Monday the alliance’s jets intercepted Russian planes repeatedly in the Baltic, and reported more than 30 types of Russian military aircraft in the area

More than a week ago, a Russian fighter jet was involved in a “near-miss” with a Norwegian NATO warplane north of Norway.

The incident was captured on video, which appears to show a fighter jet sweep very close to the Norwegian plane. “We don’t know if it was a miscalculation or if he deliberately put himself in the path of our F-16,” added Stordal, per The Local.

NATO has station 14 aircraft in the Baltic nations as part of a regional air-policing initiative. There were four aircraft in the countries before the crisis erupted in Ukraine.

Meanwhile, Britain said NATO planes were called on to look for a suspected Russian submarine off the coast of Scotland, reported the National Post. Aircraft from France, the US, and Canada were deployed to Scotland to look for the submarine.

Angus Robertson, a defense spokesperson with Scotland, said: “This is hugely embarrassing for the UK which is totally exposed without such critical maritime patrol assets. It is not the first time they have had to depend on the good will of allies to fill this massive capability gap.”