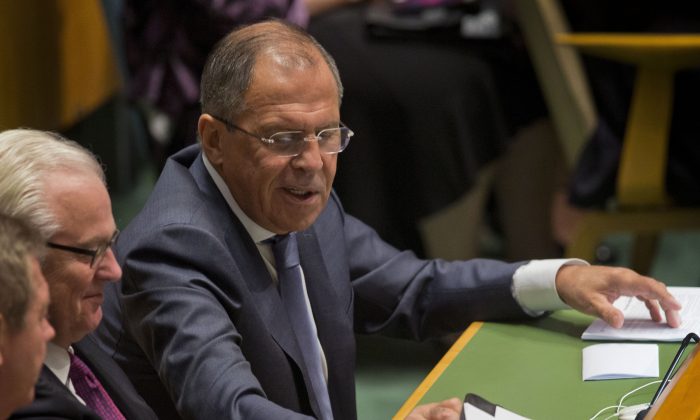 Russian Foreign Minister Sergey Lavrov has accused the US and NATO of not changing their “Cold War” genetic code, according to comments he delivered a few days ago.

His statements during the UN General Assembly reflect recent statements made by Russian officials and the increasingly anti-Western stance of President Vladimir Putin.

Meanwhile, there have been reports that former Russian aide Andrey Illarionov claimed Putin has been planning for a major war since 2003. And earlier in September, Putin described the conflict in Ukraine as bearing some similarities to World War II.

According to AP, Andrew Weiss, a top Russia expert with the Carnegie Foundation, said that Lavrov’s UN speech “hewed closely to themes the Russians have put forward throughout the Ukraine crisis.”

But the German foreign minister, right before Lavrov spoke, described Russia’s attempts to annex Crimea as a crime.

“Russia has, with its annexation of Crimea, unilaterally changed existing borders in Europe and thus broke international law,” Frank-Walter Steinmeier said in his address to the world body. He spent considerable time speaking about what the West sees as Russian meddling in Ukraine, a nation on the verge of bankruptcy after a series of corrupt post-independence regimes.