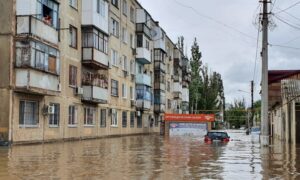 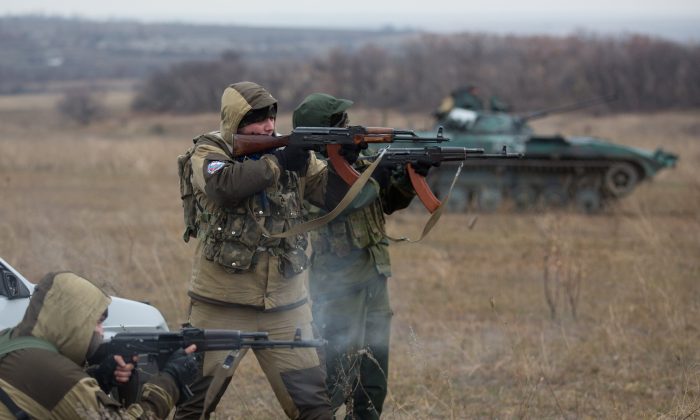 Former Democratic Congressman Dennis Kucinich, now a pundit, is claiming that some members of Congress want to start up a conflict with Russia. Meanwhile, Sen. John McCain stipulated there “would never be an all-out war with Russia.”

“U.S.-Russia relations have deteriorated severely in the past decade and they are about to get worse, if the House passes H. Res. 758,” Kucinich wrote in an op-ed. “Tensions between Russia and the U.S. are being fueled every day by players who would benefit financially from a resumption of the Cold War which, from 1948 to 1991 cost U.S. taxpayers $20 TRILLION dollars (in 2014 dollars), an amount exceeding our $18 trillion National Debt,” he added.

“With wars re-igniting in Afghanistan and Iraq, and Syria being a staging ground for an ongoing proxy war between the great powers, the U.S. treasury is being drained for military adventures, our national debt is piling up, and we are demonstrably less safe,” the ex-Ohio politician wrote.

However, longtime Arizona Senator John McCain, a Republican, rejected suggestions that the US would engage in an all-out war with Russia.

“There would never be an all-out war with Russia, that I know of. I know of no scenario where that would happen. But wouldn’t it be nice if these people who are having their homeland invaded to have some weapons with which to defend themselves. That is a tradition of the United States of America, to help people who are fighting against invasion and aggression. Now, it may not be yours, but it certainly is a tradition in the United States of America,” he said in a recent interview with EuroNews.

Meanwhile, Russian President Vladimir Putin might be further pushed to the edge due to falling oil prices, which might force the Kremlin to keep on with its confrontations with the West as well as supporting rebels in eastern Ukraine–or worse, said an expert this week.

Eurasia Group President Ian Bremmer told CNBC that due to oil prices dropping, the Russian president is going “further into a corner.”

He’s “gone all-in on an anti-U.S., must-keep-Ukraine nationalist engagement,” and he claimed it’s “completely inconceivable” for him to step back. This is what is behind all his approval ratings. It’s behind who he now is as a leader,” Bremmer said.

Russia’s currency, the ruble, has been in a downward spiral in recent months, forcing the Bank of Russia to intervene. But as the Wall Street Journal reported on Wednesday, the intervention had little effect on the slide, suggesting Russia is heading towards a full-fledged economic crisis. On Monday, the ruble had its worst single-day decline in more than 15 years.

“There is no red line for the ruble, a point at which the Central Bank of Russia might start to defend the currency heavily,” Oleg Kouzmin, a strategist at Renaissance Capital, told the paper.

With this in mind, Bremmer argues that the real problems for Putin and Russia are still a few years away.

“When Putin really takes economic pain that has the potential to destabilize the country, I’m thinking about 2017, in the runup to the 2018 election,” he said.