World Travelers Feel the Spiritual Side of Shen Yun 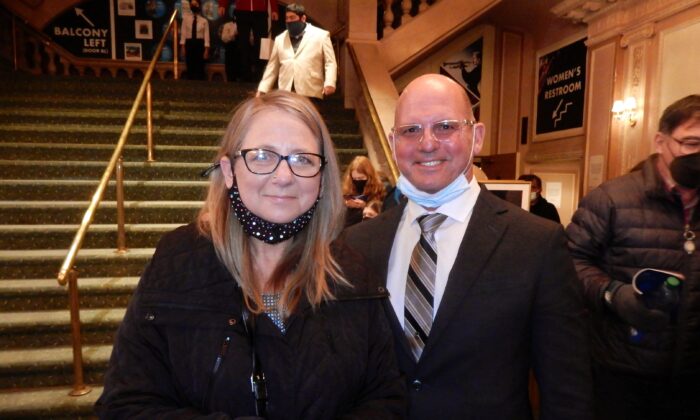 PHILADELPHIA, Pa.—Once again the Merriam Theater hosted Shen Yun Performing Arts to an audience ready to be entertained. Alan Durham, plant manager at Chemglass Life Sciences, a glassware company, and his wife Debbie had wanted to see a show that presents Chinese culture but had not been able to for two years because of the pandemic.

New York-based Shen Yun tours the globe to showcase “China before communism,” and puts on a new production every year of classical Chinese dance and traditional Chinese music.

For Mr. Durham, the show was soothing and made him happy. He noted that the patented animated backdrop sequences were very well done.

Mr. Durham and his wife have traveled widely; when they visited China they saw some ancient sites from the pre communism era and appreciated China’s historic contributions to world culture. “I just recognized how many things are more spiritual [there] than here in the States.”

For Kirt Titchenell, musician and owner of BTV Live, an entertainment company, and his wife Mariann, the orchestra was “absolutely phenomenal.”

Both said they loved the way the orchestra blended Western and Asian instruments into the music. Mr. Titchenell, who plays the trombone, said it was more than he expected. He said the level of performance was “top-level and unique.”

Shen Yun’s live orchestra features traditional Chinese instruments such as the pipa and erhu, while blending them harmoniously with a classical Western orchestra.

Mrs. Titchenell, who has a background in dance said that “the dancers are on point, they are very entertaining.”

Noticing the spiritual quality of the performance, she said the message was “very uplifting.”

Shen Yun performs worldwide to revive China’s traditional culture through classical and folk dance and music to millions of people. However, the company has been banned from performing in China by the ruling communist regime.

“I think it’s a shame that it’s suppressed in China, that they can’t enjoy this,” Mr. Titchenell said, but he recommends that everybody should see the show.