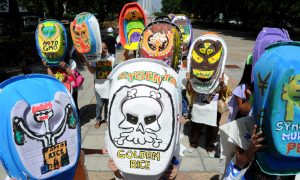 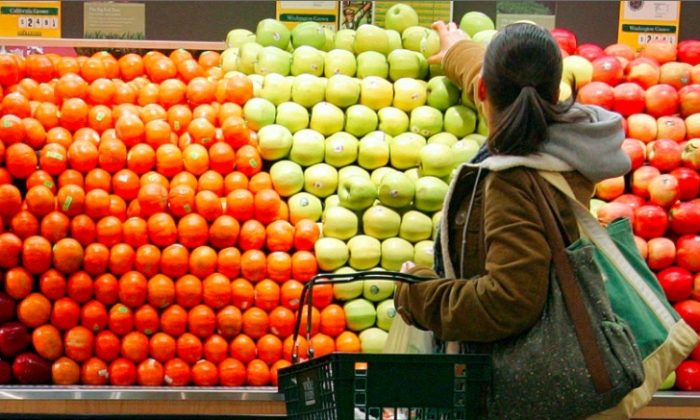 World’s First GMO Apple Easy to Spot … Or Not

In a few months regulators are poised to approve the first genetically modified apple. The new fruit is expected in grocery stores as early as 2014.

Made by Okanagan Specialty Fruits (OSF), the Arctic Apple comes in Golden and Granny Smith varieties, with Fuji, Gala, and others to follow. Unlike conventional apples, Arctic does not brown when sliced or bruised.

The Arctic Apple differs from other genetically modified organisms (GMOs) in a very important way: consumers will be able to identify it.

All fresh fruit will be labeled with an Arctic sticker, and processed foods containing more than 5 percent of Arctic Apples will bear the Arctic logo. Only pasteurized products such as juice and sauce will not be labeled.

As big food manufacturers and bioengineering companies spend millions to squash campaigns aimed at identifying GMOs, Okanagan wants its product to stand out in the marketplace.

In a series of videos addressing questions of safety and science, OSF owner, orchardist, and bioresource engineer Neal Carter said that unlike other GMO crops that are designed with traits that only benefit the farmer such as built-in pest control or pesticide resistance, Arctic Apples are designed with the consumer in mind.

OSF is not the first to try this business model. The Flavr Savr tomato, introduced in 1994, was the first commercialized GMO. Initially popular, the tomato was never profitable. Consumer concerns put an end to production of all products containing the tomato by 1998.

But Carter explained that farmers, retailers, and consumers alike can all find appeal in a non-browning apple.

“This is going to have something for everybody,” he said.

Arctic’s non-browning feature promises to preserve nutrients including vitamin C, phenolics, and antioxidants lost in the browning process. It may also reduce food waste and save money. A nationwide poll found that a vast majority of apple eaters liked the idea.

“We wanted to do something like the baby carrot model. We could stimulate apple consumption by having something that’s convenient and easy to eat,” said Carter.

Leaves, Antibiotics, and a Pathogen

Laboratory modification turns off the enzyme that produces browning. This trait is created with tiny pieces of apple leaves, a medium containing the antibiotic kanamycin, and Agrobacterium tumefaciens—an important plant pathogen in bioengineering due to its ability to transfer a defined segment of DNA into a plant to generate a desired effect.

“All of these elements are found in nature, and carefully put together by scientists with lots of initials after their names,” states the Arctic Apple website.

Grown in Washington state and New York field trials for over a decade, Arctic is probably the most researched apple in history, but the new fruit already has critics. The Cornucopia Institute warns that because Arctic tree cells are resistant to a common antibiotic, it could contribute to antibiotic resistance beyond the orchard.

In a Dec. 14 statement, the organic advocacy group urged regulators to reject the Arctic apple: “There is no proof that Arctic Apples are harmless, but there is certainly reason to suspect that they may be harmful to humans, wildlife, and the soil environment.”

OSF is convinced its product is safe, and explained that since no resistance genes are found in the fruit; no such resistance is transferred to humans.