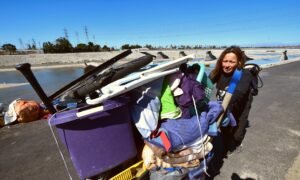 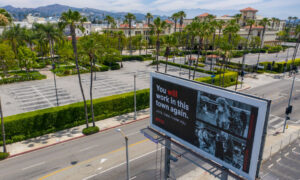 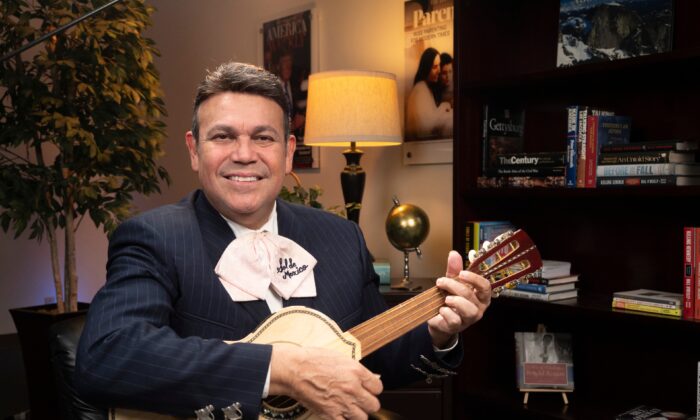 Hernandez is a world-renowned composer and musician known for popularizing mariachi in the United States—his was the first mariachi ensemble to be nominated for a Grammy.

His ensemble plays with the San Francisco Symphony, the Los Angeles Philharmonic, and other prestigious orchestras. He said many Latinos and Latinas feel pride when they see that.

“There’s a pride that you feel when you hear mariachi music,” Hernandez told The Epoch Times. “It’s like the Mexican flag.”

He’s been asked to play the stereotypical mariachi musician—for example in the movie “Naked Gun 2 ½”—but turned those offers down.

“That’s a big stereotype, and I want to get away from that—the big fat Mexican with a guitar and a tequila bottle sitting under a cactus. … Mariachi musicians nowadays, we have music education. We know how to write [music], we could orchestrate for a symphony orchestra. We know how to teach music.”

He has helped establish mariachi programs in schools across 37 states. He said he has seen Latino students with tears in their eyes because it’s important to have this link to their culture.

Hernandez gave the example of two middle schools and a high school in Nashville that brought in his mariachi program. The graduation rate for Latino students there was about 40 percent before, he said. A few years after the program started, the rate was up to 90 percent, and he attributes that in large part to the mariachi program.

It helps motivate students in various ways, he said. It has a requirement of a minimum grade point average for entry, motivating some students to pull up their grades.

The class gives students a skill that some of them use to perform and make some money. It also gets the different generations in a family together, and gets parents engaged in their children’s school and education.

“The parents connect with the teachers because they’re so proud to see their children learning mariachi,” Hernandez said. “They feel connected to the school.”

“The little 5-year-old falls in love with the music, and the grandmother loves the music also,” he said.

It’s been a connection between Hernandez and his own ancestors. He is a fifth-generation mariachi musician.

Hernandez also discussed the origins of Mariachi. Spanish conquistadors brought their instruments to Mexico, including the three instruments used in early mariachi—the violin, harp, and guitar. Trumpets were added later, in the 20th century, when mariachi was being produced to play on the radio.

Early mariachi bands combined their own indigenous rhythms with the use of the European instruments. The musicians started wearing clothes that imitated the dress of charros, Spanish horsemen Hernandez described simply as “rich Spaniards.”

The charros didn’t like that. They were “offended at first,” Hernandez said.

That dress is still the standard for mariachi musicians, though the pants are tapered instead of loose-fitting the way the horsemen wore them.

He said he gives even more attention to his dress and presentation in the United States, “because we’re in the melting pot. I’m representing my country, so I take even more care.”