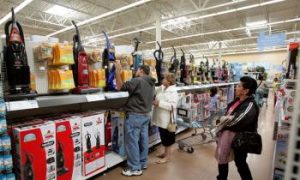 By Alex Johnston
Print
World of Warcraft: Cataclysm, the third expansion in the MMORPG franchise, broke a record for monthly sales of PC games, moving 4.7 million copies of the game.

The expansion was released on Dec. 7 in several countries including the US and in parts of Asia on Dec. 9. When it was first released, the game sold 3.3 million copies in a single day, accounting for most of the game’s sales.

World of Warcraft: Cataclysm became the fastest-selling PC game of all time, shattering the previous record, which was held by the second World of Warcraft expansion, Wrath of the Lich King,” Activision-Blizzard stated.

The game is currently the most subscribed MMORPG in the world and has more than 12 million monthly subscribers.

In the game, the level cap has been raised from 80 to 85. Other new changes include the redesign of the Eastern Kingdoms and Kalimdor areas. Two new races are available to play, including the goblin and worgen.

The dragon Deathwing, which hasn’t made an appearance in a Blizzard game since 1995‘s Warcraft II, destroyed much of the world of Azeroth after being re-awakened. Much of the world’s surface was changed by the cataclysmic event.