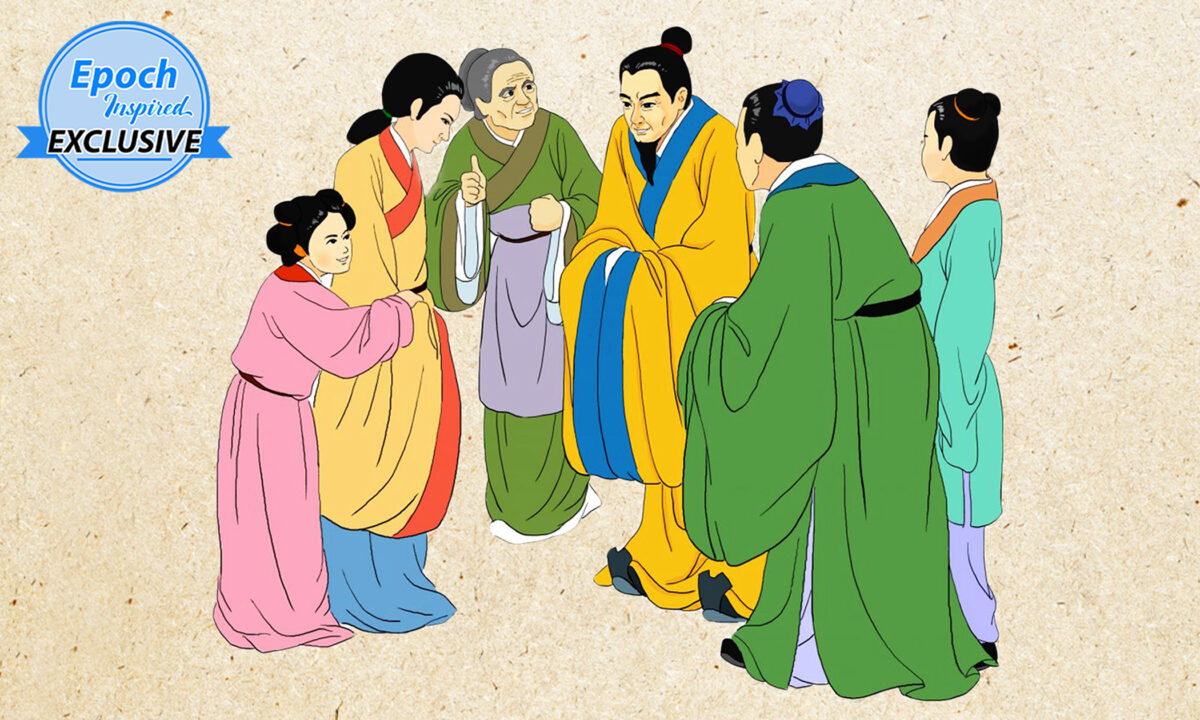 World Kindness Day, celebrated annually on Nov. 13 by many countries around the globe since its introduction by the World Kindness Movement in 1998, is an observance day to highlight good deeds in the community and to remind us all of the positive power of the virtue of kindness—the common thread that binds us all; kindness transcends race, religion, politics, gender, and location.

As such, for the enjoyment of our readers on World Kindness Day, The Epoch Times Inspired Staff present this article and audio “The Power of Kindness,” comprising two short tales from ancient China that highlight the virtue of kindness, sourced from the discontinued “Ancient Tales of Wisdom” program by the Sound of Hope Radio Network.

Listen to the audio, or read the tales below, and we hope you feel inspired on this World Kindness Day!

Virtue is the nature of conscience bestowed on humans by heaven, and it is the most beautiful element in the essence of a human life. So, the most important thing for a man is to maintain kindness and keep improving his morality.

A true gentleman likes to read good books and do good deeds. Not only that, he will also encourage and promote kind deeds in public and teach others to do the same so that people will become enlightened and live in peace and prosperity based on heaven’s principles and the righteous way.

That is why an ancient saying stated, “The real gentleman is one who treats others with kindness.” Examples of ancients offering advice on kind deeds are countless. The following are but a few.

In the Spring and Autumn Period (770 B.C.–476 B.C.), when Zilu of the state of Lu went to see Confucius for the first time, he was wearing a feather on his head to show his arrogance and belligerence. But after Confucius told him about the virtue of modesty, he was moved and willingly changed into students’ clothes, and started to learn etiquette from Confucius.

Zilu followed Confucius on a tour of states, promoting ethics, and his own realm of mind kept transcending. He was faithful to his teacher and devoted to his state.

“Zilu is always pleased to learn about his mistakes and never hesitates to redress them, and that’s called ‘progress,’” Confucius praised him.

Later, Zilu became an important official in Puyi County. Three years after he started governing the county with etiquette and music, Puyi turned into a peaceful and prosperous land, and the people there were all respectful of one another. Confucius attributed it all to his student’s kindness.

Wu Qianjin of Shanyou in the Ming Dynasty (1368–1644) was a muscular and aggressive man. As a martial arts master, he tended to use his quick fists against anyone who happened to cross his path. He grabbed others’ property or money at will, and everyone was afraid of him.

One hot day, he went up to a terrace to cool off. People were all terrified when they saw him coming up, and disappeared. But one old man stayed, fearless.

Wu Qianjin said domineeringly, “Everyone left but you, so you think I am not a good enough martial arts master, eh?”

“You are completely mistaken,” replied the old man. “Your parents raised you, hoping that you would be useful to your nation. You are an expert in martial arts, and yet you never think of how to contribute to your country; rather, you are satisfied to be scum. What a pity! What a pity!”

Upon hearing the old man’s words, Wu Qianjin said in remorseful tears, “Everyone around me said I was a bad guy, so I regarded myself as a bad guy. Your words today were like the sounds of the morning bell and evening drum, waking me up from my sleep. But I’ve been a bad person for so long now, I wonder if I can ever become a real gentleman even if I wanted to. It’s like an eclipsed moon—hard to become round again.”

The old man said, “If you were serious about amending your ways and started cultivating yourself and being a good person, I don’t see why you couldn’t.”

From then on, Wu Qianjin changed and started working for his country. Later, he became deputy marshal of the army and was well respected and praised for his professional command and love of the people.

An ancient saying stated, “It’s human to err, but to correct that error is an act of great kindness.”

To teach with virtue and to change with kindness may inspire people to reflect on the real meaning of human life and other ethics-related issues such as how to show love to others and avoid being lost in the pursuit of self-interest and pleasures.

The power of kindness is tremendous, because it is omnipresent and capable of changing one’s heart from its very core. It guides people in their pursuit and practice of truth, leads them back to their conscience, encourages them to make good and right choices, and dissolves everything that’s unrighteous.