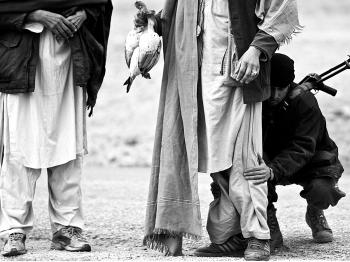 Afghans paid $2.5 billion in bribes over the last 12 months according to a United Nations report. The report, based on interviews with 7,600 people, shows that Afghans in most cases had to pay bribes to police and local officials. The average bribe paid out was $160, in a country where the average annual income is $425. The $2.5 billion paid in bribes is equivalent to almost one quarter of Afghanistan's GDP. “Drugs and bribes are the two largest income generators in Afghanistan: together they correspond to about half the country’s GDP,” said Antonia Maria Costa, a U.N. official in a press release.

A day after being released from prison, 52-year-old Mehmet Ali Agca, who tried to kill Pope John Paul II in 1981, announced he wants to write a book called “Vaticana Code” together with Dan Brown and then to shoot a movie based on it. He will sell his first interview for $1.86 million and Hollywood has offered to pay him $8 million to reveal attack details, according to media reports. Agca spent the last 29 years in Turkish and Italian jails, where he served sentences for several crimes. Agca was given a life sentence for attempting to kill the pontiff, who survived the attack after five hours of surgery. In 1983, Pope John Paul officially forgave his attacker.

Thai King Bhumibol Adulyadej told five new cabinet members sworn in this week in Bangkok to work with honesty. "His Majesty said when the people's interest were served, those who worked for them would be happy as well," said Pansiri Kulanartsiri, deputy public health minister, according to Thai media The Nation. Three years ago, the Thai army staged a coup d'etat to overthrow then Prime Minister Thaksin Shinawatra accused of mass corruption. The military then gave way to the civilian government which currently in power. The king is widely seen as sitting on higher moral ground above state politics.

After two days of critical examinations, Greece was given a renewed chance to improve its financial situation at a meeting of the European Economic and Financial Affairs Council (ECOFIN). Greece's leadership has been asked to improve its proposed program to solve the economic situation on 14 different points. In 2009, Greece's budget deficit is estimated at 12.7 percent, while the limit according to EU regulations, is 3 percent. European Union finance ministers have criticized Greece for statistical, institutional, and governmental deficiencies. The European Commission, the executive branch of the EU, has urged the Greek government to improve the transparency of it statistics.

Dutch workers and unions were shocked on Tuesday with the decision of Finish ship engine manufacturer, Wärtsilä, to move its production of ship engines and screws to China. "The Chinese have made it clear they want to work with local products,” Fred van Beers, director of Dutch Wärtsilä was reported as saying by Dutch media. “If we do not relocate our production to China, they will switch to other ship manufacturers.” Wärtsilä has announced that 570 jobs will be cut in the Netherlands because of the move.