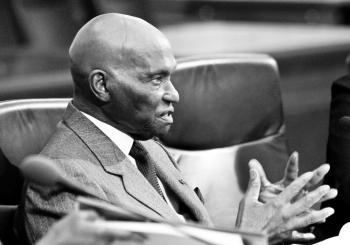 Senegal President Abdoulaye Wade made a generous gesture to the people of Haiti by offering all earthquake victims repatriation to Senegal, according to an AP report. The president said that Haitians are the children of Africa because Haiti was founded by slaves from Africa. "Senegal is ready to offer them parcels of land—even an entire region. It all depends on how many Haitians come," spokesperson of the president, Bemba Ndiaye, was reported as saying by AP. Currently, thousands of Haitians are trying to flee the capital, Port-au-Prince, which was hit most severe by the earthquake.

On Sunday, billionaire Sebastian Pinera won the Chilean presidential election, according to early vote counts. He will be the first conservative president since the end of Augusto Pinochet's regime, which ended twenty years ago. Pinera when he takes office in March said he will try to make Chile's public sector more streamlined and efficient. He also said he would try to generate 1 million new jobs in Chile during his four year term, according to a BBC report. Furthermore, he wants Chile's economy to grow 6 percent each year. The vote count said Pinera took almost 52 percent of the vote, while presidential rival Eduardo Frei took around 48 percent.

Chemical Ali Sentenced to Death for Mass Killings in Iraq

Saddam Hussein's henchman responsible for the death of 5,000 Kurds is to be executed soon, said an Iraqi official on Sunday. Ali Hassan al-Majid, the cousin of Hussein, known as “Chemical Ali,” ordered the mass slaughter of Kurds in 1988 with chemical weapons in Halabja. He was sentenced to death on Sunday for the crimes in Halabja, which many consider the worst crimes committed under Hussein's rule. Busho Ibrahim, Iraq's deputy justice minister said in the Guardian, "We will receive Chemical Ali from the Americans in the next few days and he will be executed very soon afterwards.” According to Ibrahim, Majid will be executed by hanging.

Japan's Second in Command Under Fire

Over 70 percent of people in Japan surveyed by a Japanese newspaper said on Sunday that Ichiro Ozawa should resign as secretary-general for the Democratic Party. The reason the low ratings revolves around Ozawa's ties to a funding scandal, said a Reuters report. Three of Ozawa's associates were arrested this weekend. Ozawa acts as the second in command for Japan after Prime Minister Yukio Hatoyama. In the previous month, the Asashi newspaper said the prime minister's ratings fell down to 42 percent, after initial highs of 70 percent. Ozawa has asserted that he is innocent, will keep fighting for his seat, and is backed by the prime minister.

Somali Pirates Get Ransom for Tanker

Between $5.5 and $7 million was paid for ransom to Somali pirates on Sunday, the largest ever of its kind. The ransom was paid for a Greek-flagged oil tanker with 2 million barrels of oil and 28 crewmembers on board, said a Reuters article. The vessel, known as the Maran Centaurus, believed hijacked on Nov. 29 by pirates near Seychelles in the Indian Ocean, said officials. There are two pirate factions feuding over the ransom money. “At present there is a stand-off and nobody can predict how the release will develop,” said a statement from Ecoterra International, a group that monitors shipping off the coast of Somalia.