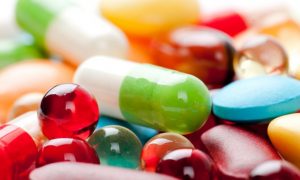 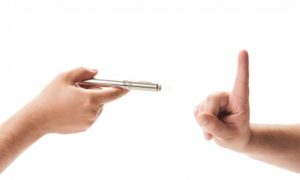 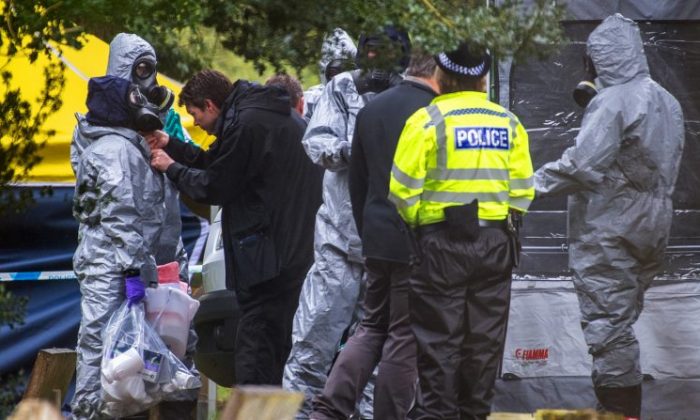 Police officers wear protective suits and breathing apparatus in London Road cemetery as they continue investigations into the poisoning of Sergei Skripal who was found critically ill on a bench in Salisbury on March 10, 2018, in Salisbury, England. (Chris J Ratcliffe/Getty Images)
US News

The World Health Organization has added a new disease to the list of pathogens, which could hit humans with a devastating effect.

This one is called “Disease X.”

Another name has been added—and it belongs to a disease, which hasn’t yet emerged.

The WHO published a statement after its annual review on Feb. 6–7 of potential health emergencies in which it highlighted the danger, not of known pathogens, but of something the human race has never seen before—and possibly made itself.

Add to that the breeding grounds presented by disaster victims, refugee populations, and internally displaced people, all potentially living in densely packed camps or neighborhoods, with insufficient sanitation, and possibly weakened by hunger and stress.

The diseases on the list are the ones the WHO want prioritized for research and prevention. But how can scientists research a disease which hasn’t yet appeared?

The WHO said Disease X could come from anywhere and strike at any time.

“History tells us that it is likely the next big outbreak will be something we have not seen before,” said Dr. John-Arne Rottingen, chief executive of the Research Council of Norway and a scientific adviser to the WHO committee.

“It may seem strange to be adding an ‘X’ but the point is to make sure we prepare and plan flexibly in terms of vaccines and diagnostic tests;” Rottingen told the Telegraph.

“We want to see ‘plug and play’ platforms developed which will work for any, or a wide number of diseases; systems that will allow us to create countermeasures at speed.”

Australia’s News.com reported that the WHO is worried about man-made diseases as much as mutations and unknown diseases.

“Synthetic biology allows for the creation of deadly new viruses,” Dr. Rottingen told the Telegraph. “It is also the case that where you have a new disease there is no resistance in the population and that means it can spread fast.”

Some countries have used exotic poisons like ricin and dioxin, radioactive material, and even nerve gas, to attack suspected spies. Chemical warfare is ongoing—frowned upon, but still regularly reported.

Worst of all, the latest breakthroughs in gene-splicing technology give scientists the power to tailor diseases in ways never before imagined.

Of course, scientists could create diseases with unknown side effects, or which mutate out of control, or which work exactly as intended, being incredibly deadly—and those diseases could escape the lab and spread around the world.

Since the current state-of-the-art assassination technique is to infect a target with a disease, which doesn’t act immediately—to let the assassin escape—a person infected with some new disease could visit public places, or even travel abroad, spreading the new pathogen everywhere.

It sounds like the plot of a bad science-fiction movie—but it will sound worse if TV announcers are talking about it really happening.

The Threat From Nature Is Greater

Despite the truly catastrophic possibilities posed by man-made diseases, the WHO still considers nature to be the most likely source of the next major epidemic, the News reported.

People are venturing into rarely traveled regions, and are traveling across regions, possibly picking up and transporting microbes to places where people have no immunity.

Further, it seems diseases can spread readily from animals to human, and as more people move into the habitats of animals, there is more chance of that.

As News.com points out, HIV is thought to have spread to people from monkeys, and SARS, from bats to civet cats to people. Ebola originated in fruit bats.

Professor Marion Koopmans, head of the Viroscience department of the Erasmus Medical Center in Rotterdam and also a scientific adviser to the WHO, said that diseases which cross from animals to humans are showing up with increasing frequency.

“The intensity of animal and human contact is becoming much greater as the world develops,” she told the Telegraph. “This makes it more likely new diseases will emerge but also modern travel and trade make it much more likely they will spread.”