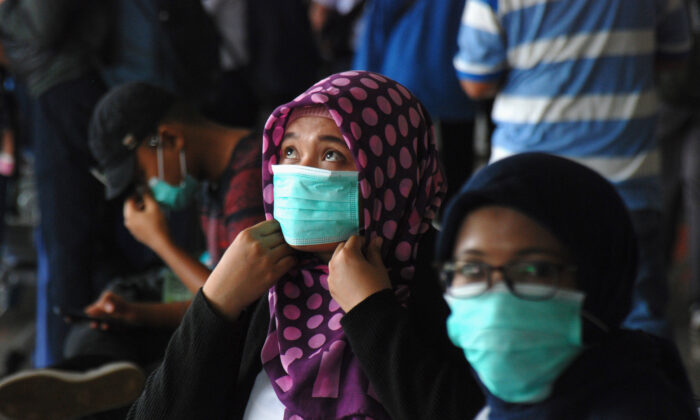 After resisting for weeks on making the declaration, the World Health Organization (WHO) said Wednesday that the outbreak of the new coronavirus, which has spread to more than 100 countries and infected tens of thousands of people, is a global pandemic.

The virus, which causes the disease COVID-19, has rapidly spread all over Europe, the Middle East, and parts of the United States. WHO officials have shown a reluctance up until this point to make the declaration that the virus is a global pandemic, which generally means an illness that is spread across the world, as some experts have said that calling it a pandemic could further weaken already fragile world markets and cause more stringent travel and trade restrictions.

“Pandemic is not a word to use lightly or carelessly,” Ghebreyesus said. “It is a word that, if misused, can cause unreasonable fear, or unjustified acceptance that the fight is over, leading to unnecessary suffering and death.”

Italy has the most cases of the virus outside China with about 10,000, following by Iran with 9,000 infections, and South Korea with more than 7,500 cases, according to data from Johns Hopkins University.

WHO said that 81 countries have not reported any COVID-19 cases, and 57 countries have reported 10 cases or less. The agency called on countries to scale up emergency mechanisms, communicate with people about the risks, prepare hospitals, protect and train health workers, and find and isolate every COVID-19 case.

The virus is believed to have emerged in mainland China in late 2019, prompting the ruling Chinese Communist Party to implement what critics say were harsh controls in Wuhan and surrounding areas. There were reports from citizen journalists and human rights activists about people being abducted, patients being cremated while still alive, or people being locked in their homes from the outside.

While WHO hasn’t touched on China’s lockdown of Wuhan since the start of the outbreak—and has mostly praised the Chinese regime’s response—Ghebreyesus said that “all countries must strike a fine balance between protecting health, minimizing economic and social disruption and respecting human rights.”

Symptoms of COVID-19 include a fever, a cough, shortness of breath, other respiratory issues, and pneumonia. Health agencies around the world call on people to limit contact with one another, wash their hands, avoid touching one’s face and mouth, and avoid large public gatherings.