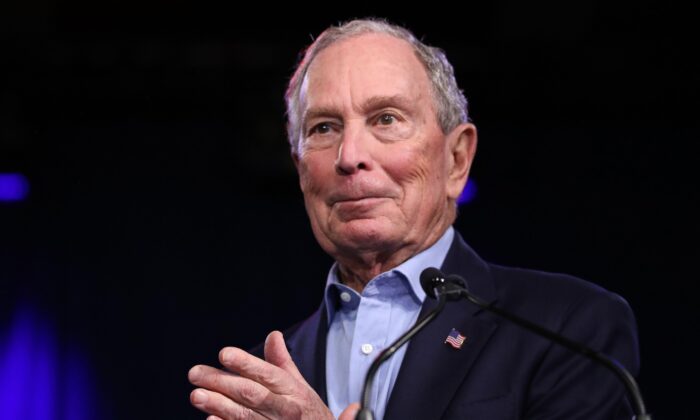 Former U.S. Democratic presidential candidate and former New York Mayor Michael Bloomberg has again been named as one of the World Health Organization’s (WHO) global ambassadors.

Bloomberg will serve for a third time as WHO Global Ambassador for Noncommunicable Diseases and Injuries, the organization’s director-general announced on Feb. 3. He’s been involved for decades in health policy, including during his three mayoral terms in New York, WHO said.

“In his role, Bloomberg will continue to raise awareness about the link between COVID-19 and noncommunicable diseases (NCDs), advocate for investment in measures to tackle NCDs and injuries, mobilize cities for better health, and support the use of health data to drive programs and policies,” the United Nations agency added.

Director-General Tedros Adhanom Ghebreyesus issued a joint statement with Bloomberg calling for countries to take urgent action against NCDs, which are linked to about three-quarters of all deaths globally.

“The COVID-19 pandemic has highlighted the full danger of noncommunicable diseases—and signaled the urgent need for stronger public health policies and investment to prevent them,” Tedros said in the statement. “We urge world leaders in business and government to take aggressive steps to prevent noncommunicable diseases. Fewer NCDs would have meant fewer deaths during the pandemic.”

“Bloomberg Philanthropies has been working with WHO to reduce tobacco use, support healthier diets, fight cardiovascular disease, and strengthen health data to guide our work. We look forward to expanding our efforts to help more cities and countries take action on NCDs and to save lives,” Bloomberg added.

Bloomberg has been working on various facets of pandemic response. He assisted New York with its program for testing and tracing COVID-19 outbreaks.