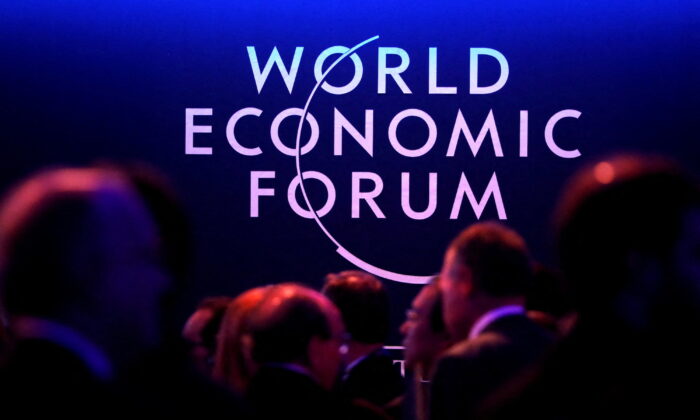 The World Economic Forum (WEF), a champion of the “Great Reset” economic initiative, has weighed in on the issue of critical race theory (CRT), seeking to cast supporters of the Marxist ideology in an honorable light.

In a video framed to look like a neutral explainer, the WEF defines CRT as a legal theory, arguing that “laws, rules, and regulations that govern society today have been shaped by the historical subordination of people of color, and that this is a driving force behind racial inequality today.”

To illustrate the assertion that racism isn’t just a relic of the past but is woven into America’s institutions, the WEF points to the high incarceration rate among black Americans.

“Take the U.S. criminal justice system, for example,” it states. “While everyone is seen as equal under the law, Black Americans are imprisoned at five times the rate of white people.

“CRT says this disparity is a legacy of America’s racist past.”

Opponents of CRT “miss the point” when they complain how the concept “paints all white people as bigots,” the video states, adding that from a CRT perspective, a system “doesn’t need racists working within it to produce racially imbalanced outcomes.”

The WEF posted the video on Twitter along with a link to an article that also takes an apologist stance in favor of CRT. When it comes to the debate over the injection of CRT into American schools, the WEF article claims that states passed anti-CRT laws to “limit the teaching of Black history and racism,” even as many of those laws explicitly say they don’t restrict classroom discussions on those topics.

“Social and racial justice” has been a part of the WEF agenda since the beginning of the CCP (Chinese Communist Party) virus pandemic, which the globalist elites of the Davos, Switzerland-based organization see as a “rare but narrow window of opportunity” to overhaul the world’s economic and social structure. The Great Reset, according to WEF founder and Chairman Klaus Schwab, will require societies to not go back to their pre-pandemic normalcy, but to adopt the changes imposed on them and fight against what he called “systemic racism.”

“The COVID-19 crisis has shown us that our old systems are not fit any more for the 21st century,” Schwab said in June 2020 at the 50th WEF annual meeting. “It has laid bare the fundamental lack of social cohesion, fairness, inclusion, and equality.”

While it’s no secret that the WEF has been actively pushing an agenda to “hardwire social justice into economies,” its sympathetic take on CRT still drew much criticism, especially from conservatives.

“Insane pro-CRT propaganda video,” wrote author and filmmaker Christopher Rufo, who became a household name for his work exposing the quiet infiltration of CRT in schools and businesses.

“Why would the World Economic Forum come out in support of Critical Race Theory?” asked James Lindsay, an author and critic of leftist activism. “Because they’re the ones who want to divide our society with this Marxist theory or any other tool they can use to break the world and seize power.”

This isn’t the first time the WEF’s Great Reset agenda has triggered a backlash on social media. Last year, the WEF was called out of touch and tone-deaf after it claimed lockdowns during the COVID-19 pandemic were “quietly improving cities” across the globe.

“There were record falls in air pollution, clearing city skies from Asia to America. But by late 2020, it had returned to pre-pandemic levels,” the WEF stated in a video posted on Twitter. “Carbon emissions were also down 7 percent last year, but the drop won’t slow climate change unless we lock in emissions cuts.”

The WEF later deleted the video and admitted that the lockdowns didn’t actually improve cities, but offered no apology.

“We’re deleting this tweet. Lockdowns aren’t ‘quietly improving cities’ around the world,” it said. “But they are an important part of the public health response to COVID-19.”