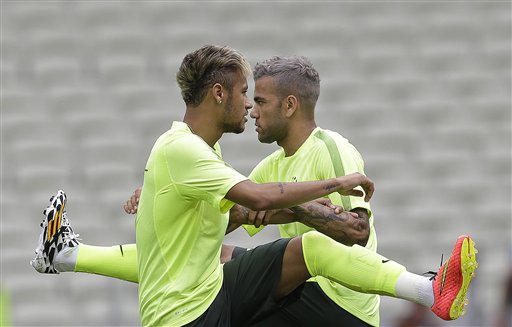 The World Cup is underway in Brazil, with three more games scheduled for today. Here’s the schedule and TV listings.

All times are Eastern Daylight Time.

Online streaming is available for all games on Watch ESPN.

The best game today is the middle one, pitting Brazil against Mexico.

Both teams won their first game and want to get another win. Brazil is favored, but El Tri has given Brazil big problems over the last several years, including beating them in the Olympic final in 2012.

Then again, Brazil did win in the last match at the Confederations Cup last year.

Brazil striker Hulk is a doubtful starter after missing training for two days due to a left leg injury, meaning coach Luiz Felipe Scolari may have to change a winning formula.