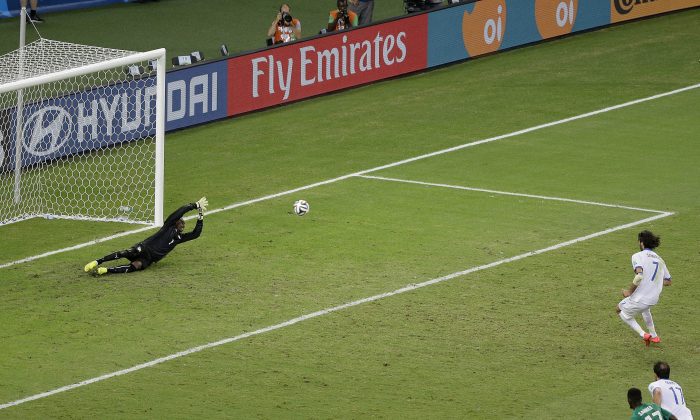 The Round of 16 in the 2014 World Cup is set to start on June 28, and many are wondering about the format and rules

The format is like this: There are eight groups of four teams each in the group stage. Each team gets three points for a win or one point for a draw. Whichever team teams end up in the top two slots of the group based on points advances to the Round of 16.

The games are staggered so they’re not all on the same day. The Round of 16 opens on June 28. There will be two games each day through July 1.

After the Round of 16, there will be eight teams left in what will then be the quarterfinals. The winners of those games advance to the semifinals, and those winners advance to the final. There will also be a game between the two losing semifinal teams to see who gets in third place.

The rules for the Round of 16 and the rest of the knockout stage are not so different from the group stage, except that there is not a possibility for a draw.

Instead, if the match is even at the end of 90 minutes, then extra time of two periods of 15 minutes each will be played.

If the score is still even at that point, the match will proceed to a penalty shootout.

This same method will be used to determine winners throughout the knockout stage.

In the penalty kick phase, a coin toss is held to determine which team kicks first. The referee chooses the goal at which the kicks are taken. All kicks are taken at one goal. All players other than the kicker and goalkeeper must remain in the pitch’s center circle.

Every penalty kick is taken from the penalty mark, which is 12 yards out from the goalmouth. The goalkeeper must remain between the goal-posts on the goal-line until the ball is kicked. If the goalkeeper blocks the ball then the kicker does not get an opportunity to score on a rebound.

The teams alternate kicks until five have been taken by each team. Whichever team has scored more goals wins. If it comes to a point where one team is up so much that it would be impossible for the other team to match the goals, then the shout out ends.

If the five kicks each still yields a draw, then the shoot-out proceeds to sudden death rounds of one kick each until one side scores and the other does not.