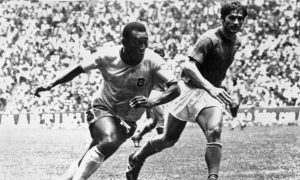 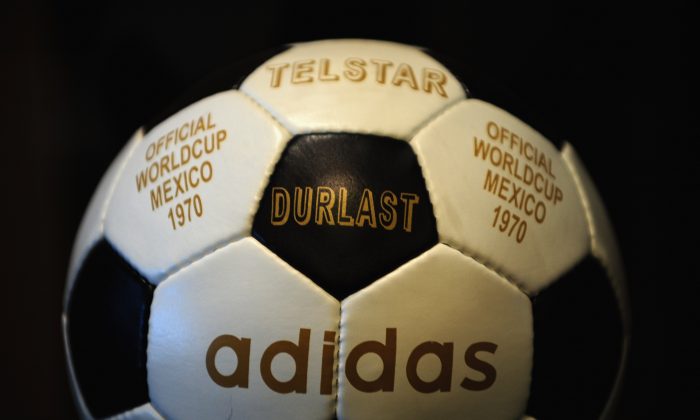 The Adidas Telstar football featured innovative engineering, and was a nod to the advancements during the space race of the 60’s and 70’s. (Laurence Griffiths/Getty Images)
Soccer

This is the third part in a series of articles about World Cup history.

FIFA were reluctant to allow Chile to proceed with the arrangements to host the 1962 World Cup, after the most powerful earthquake ever recorded had rendered 4 of their stadia unusable in 1960. Seismologists registered the Valdivia quake as 9.5 on the moment magnitude scale, and the death toll from the quake and resultant tsunami was estimated to reach 6,000, with a total cost of up to $5.8 billion (adjusting for inflation) to the Chilean government. Chile’s football federation committee pleaded with FIFA to be allowed to continue as host. The rationale they presented was that they “had nothing else”, and would “do everything possible to rebuild”, which became an unofficial slogan of the tournament.

Defensive strategies became a prominent feature of the competition, as the average goals per match dropped below 3 for the first time in its history. Also for the first time in the history of the competition, goal difference was used to separate teams tied on points. As an example of regulations that FIFA have since tightened, Spain ‘poached’ a number of stars for their squad, including Hungary’s acclaimed Ferenc Puskas and Argentinian-born Alredo di Stefano. Their acquisitions failed to help them progress beyond the first round, however.

Despite losing Pelé to injury for most of the tournament, Brazil progressed to the final without the world’s highest-ranked player by beating England and the hosts in the knock-out rounds.

Czechoslovakia were so sure of elimination that they checked out of their hotel before each of their quarter and semi-final games. Their pessimism was unfounded and they won both in order to face the eventual champions, Brazil, in the final.

By 1966, the 4 groups of 4 round-robin format had been firmy established, and a new record of 70 teams competed to take part in the finals in England. A clever marketing strategy by FIFA produced the tournament’s first ever mascot, World Cup Willie. FIFA also benefitted from some unscripted publicity, when the Jules Rimet trophy was stolen from a glass cabinet display in London, but found a week later in a garden by Pickles, the dog. Pickles was crowned Dog of the Year and awarded a year’s supply of dog food for his heroics.

The country that standardised the Laws of the Game during the 19th century, finally had an opportunity to showcase themselves as the leading proponents of the sport. And they did so in style.

Alf Ramsey raised the managerial bar yet again, as he introduced a novel 4-3-3 formation that circumvented the requirement to field wingers. Opting for attacking midfielders that could drop into defence and attack straight through the opponent’s central defence, Ramsey earned his team the nickname “Wingless Wonders”.

World-beaters Brazil had high expectations of yet another victorious campaign; however their hopes were to be dashed as they failed to pass through the first round. Their talisman, Pelé, was singled out for brutal treatment in their decisive game against Portugal. Because substitutions weren’t allowed at the time, he was forced to limp through the remainder of the match after being scythed down in one of the sport’s most infamous tackles by Portuguese defender Joao Morais.

England’s championship pedigree came to the fore in their semi-final, as Nobby Stiles turned in a defensive masterclass performance, marking one of the world’s greats, Eusebio, out of the game. In a game that stood in stark contrast to the Brazil v Portugal encounter, Portuguese players sportingly shook the hand of Munich Air disaster survivor Bobby Charlton, after his second goal consigned them to defeat.  A far cry from the histrionics seen during the winkergate scandal that developed when both teams met on Portuguese soil exactly 40 years later!

In the final, England dispatched West Germany after extra-time, by way of a controversial ‘goal’ that has since been proven to have not crossed the line. Cosmic balance was restored, in soccer terms, however, when the Germans profited at England’s expense from a similar moment of controversy, in the 2010 World Cup.

Since the turbulence in the aftermath of the world war had settled, and the overall global wealth had increased, the FIFA World Cup had begun to reflect these opulent times. Mexico 1970 was the first tournament to be broadcast live on television, aircraft travel was accessible to teams and fans alike, and managers could now even afford to introduce a substitution under the new regulations.

Without the tumultuous backstories which surrounded earlier competitions, the streamlined tournaments of the newfound Golden Era were reserved to showcase the quality of football that tactical and technical advances had brought to the game. And it was in this particular tournament, at altitudes exceeding 2,660 metres above sea level, that Brazil took centre stage.

Though FIFA scheduled many games to kick-off during the hot Mexican afternoons , in order to satisfy a European television audience, this didn’t affect the quality of the football.  Adidas’ new 32-panel Telstar (television star) football, which they designed specifically for the tournament, provided the roundest sphere of its time, and was a factor that helped the 1970 World Cup to become known as one of the finest in history. FIFA had introduced the yellow and red card system to protect skillful players, however for only the 2nd time in the tournamnet’s entire history, no players were expelled from any match.

When Columbian authorities arrested English captain, Bobby Moore, on suspicion of jewellery theft, it set a disordered tone for the 1966 champions. Though he was later released without charge, the English were further disrupted when their star goalkeeper, Gordon Banks, was ruled out of their decisive quarter final defeat at the hands of West Germany, on account of food-poisoning.

Brazil could only depend on Pele’s  services for this one last tournament, and their star-studded team, featuring Jairzinho, Gerson, Carlos Alberto and Rivelino, progressed to the final playing a scintillating brand of football.

The other finalists, Italy, were sapped of energy after their victorious semi-final encounter with West Germany. It became known as “the Game of the Century” and yielded 7 goals over the course of 120 minutes.

Though both teams were motivated to win their 3rd World Cup trophy, the Brazilian’s creativity proved too much for the defensive Italians. They sealed a  4-1 victory when their captain, Carlos Alberto, scored after 8 of his team-mates passed the ball amongst themselves to get him into a shooting position. That iconic goal was representative of arguably the greatest side to ever grace a football field, and it earned Brazil the right to keep the Jules Rimet trophy forever, having become the first team to win it on three occasions. After Pelé’s subsequent retirement, Brazil would be unable to win the tournament for another 24 years.