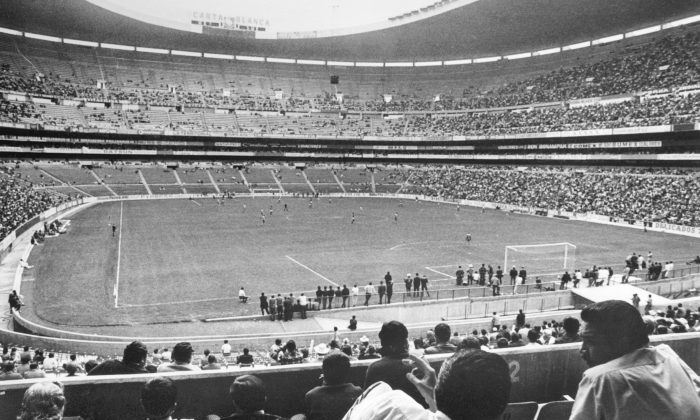 Soccer fans watch a match in progress 21 April 1970 at the Azteca stadium in Mexico City. The stadium with a capacity of 110.000 spectators was one of the venues for the World Cup. (STAFF/AFP/Getty Images)
New York

In 1970, El Salvador and Honduras fans went over the edge during qualifying round games between their countries. An already tense situation had been simmering by the time of the games, and grew into fan violence and rioting. After the third and final game was over, diplomatic ties were cut.

Serbian soccer fans are known to sometimes be violent, including engaging in brutal fights.

The English are also known for being “enthusiastic” about soccer, and have one of the oldest soccer clubs in the world, Sheffield Wednesday F.C.