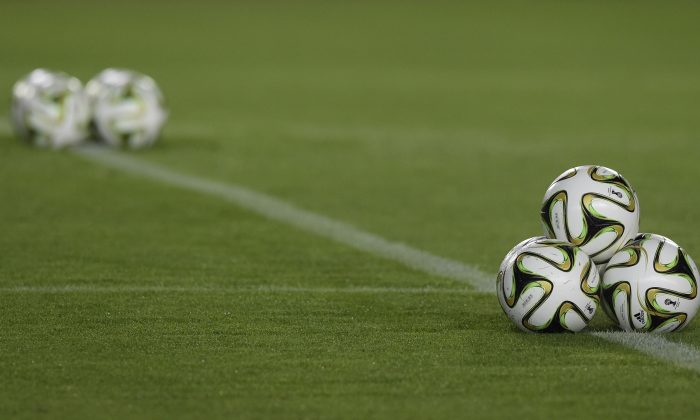 The four yearly football fiesta is finally drawing to a close.

The World Cup 2014 final between Germany and Brazil will be held in the legendary Maracana stadium in Rio de Janeiro on Sunday, July 13, at 3:00 p.m. EDT.

The closing ceremony will take place at 2:30 p.m., half an hour before the game is played, and will be broadcast on BBC One, ITV, ABC, and ESPN3.

Shakira: I Thank World Cup for Changing My Life

RIO DE JANEIRO (AP) — Preparing to perform at her third World Cup, pop star Shakira says she thanks football for changing her life.

Shakira says she “will never forget that I met the love of my life at the World Cup.”

She and Spain defender Gerard Pique met when promoting her 2010 World Cup anthem, “Waka Waka — Time for Africa,” and the couple have an 18-month-old son.

Speaking ahead of Sunday’s closing ceremony concert, Shakira says “if it wasn’t for the World Cup my son Milan would not be here.”

In Maracana Stadium before the Argentina vs. Germany final she will perform “La La La (Brazil 2014)” with Brazilian musician Carlinhos Brown.

Shakira says though Pique was affected by defending champion Spain’s early exit, “I have a way of consoling him.”