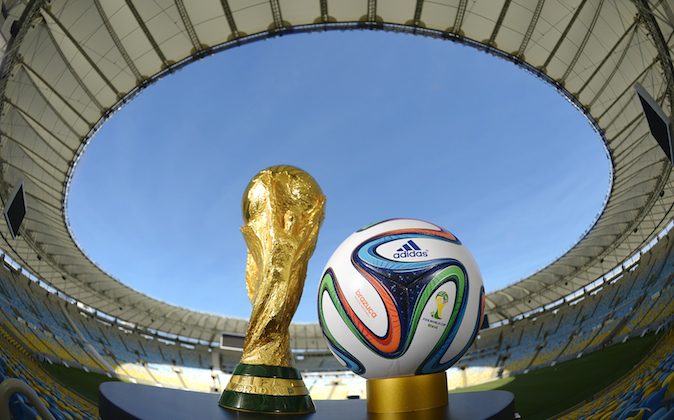 The month-long Brazil World Cup 2014 is finally drawing to a close.

Germany will face Argentina in the final, and hosts Brazil go head-to-head against Netherlands in the third place match.

Check out the final tournament bracket below.

Here are the remaining fixtures, odds, and predictions.

All times are in Eastern Daylight Time (EDT).

Prediction: Match to finish scoreless. Netherlands to win 5-3 in a penalty shootout.

Germany vs Argentina at Estadio do Maracanã, Rio de Janeiro

Prediction: Argentina to win 1-0. Lionel Messi will be the scorer.

Here is an Associated Press article.

SAO PAULO (AP) — After their own World Cup hopes fell apart in the most humiliating way, Brazilians must now grapple with the prospect that things could get even worse.

After beating the Netherlands in a shootout Wednesday, Brazil’s football archrival is now tantalizingly close to winning the World Cup for the first time since Diego Maradona lifted the trophy in 1986.

To many Brazilians, Argentina becoming world champion on Brazilian soil would be the worst imaginable ending to the monthlong tournament.

“We have a rule: we always go against the Argentines,” said Izabele Chiamolere, a 39-year-old physician from Sao Paulo. Like most Brazilians who attended Wednesday’s semifinal, she cheered for the Netherlands.

Or rather, against Argentina.

Chiamolere said that on the train to the Itaquerao Stadium before the game, Argentine fans were already taunting Brazilians with a song that’s become their anthem at this World Cup.

With a melody based on “Bad Moon Rising,” the song asks Brazilians how it feels to know that Argentina will dominate Brazil in its own backyard, that Messi will lift the cup and that “Maradona is greater than Pele.”

When the Argentine fans first arrived in Brazil with their Lionel Messi shirts, pope masks and funny hats, Brazilians tended to just laugh along with this song. Now it’s starting to get under the skin for some people.

“If the Argentines win they will become very annoying,” said Giselle Giannocco, a 40-year-old professor of physiology from the Federal University of Sao Paulo.

At the heart of this intense South American rivalry is the competition between two giants of world football and the never-ending bickering over which player was greater, Pele or Maradona.

But it goes deeper than that.

Brazilians and Argentines get along in general and relations between the two countries are good — Brazilian President Dilma Rousseff picked Argentina for her first foreign trip after being elected. Still, Chiamolere claimed, Argentines have a reputation of acting arrogantly toward their neighbors on the continent.

“They think they are the most European country in Latin America,” she said. “In the past, in many ways they were better than us. But after all the political problems that both countries have had, nowadays we are doing better than them.”

Argentina today has a much smaller economy than Brazil and less political clout on the world stage. The Argentine fans, though, don’t seem to be bothered about that balance of economic power — as long as they can claim supremacy in football.

Their song at the World Cup includes the dubious claim that Argentina is Brazil’s “papa.”

Even though Argentina has more Copa America titles, Brazil is the most successful nation on the biggest stage, with five World Cup titles to Argentina’s two.

The gap could narrow on Sunday, though, which is why so many Brazilians will cheer for Germany in the final in Rio de Janeiro even though the Germans badly bruised Brazil’s self-esteem with a 7-1 rout in the semifinals.

As the German goals poured in, Argentine schadenfreude spilled onto social media with cheeky references to the ‘How-does-it-feel?’ song.

But some Argentine fans insisted they felt no joy when Brazil was thoroughly beaten.

“I was sad because I was hoping for an Argentina-Brazil final,” said Alejandro Salerno, a 48-year-old from Buenos Aires who traveled to Sao Paulo for the Netherlands game. “Now we feel that we have to beat Germany. In a South American World Cup, a South American team has to win.”

Sentiment will certainly be divided among Brazilians on Sunday when Messi leads his Argentina team onto the pitch of Rio de Janeiro’s Maracana stadium, the spiritual home of Brazilian football.