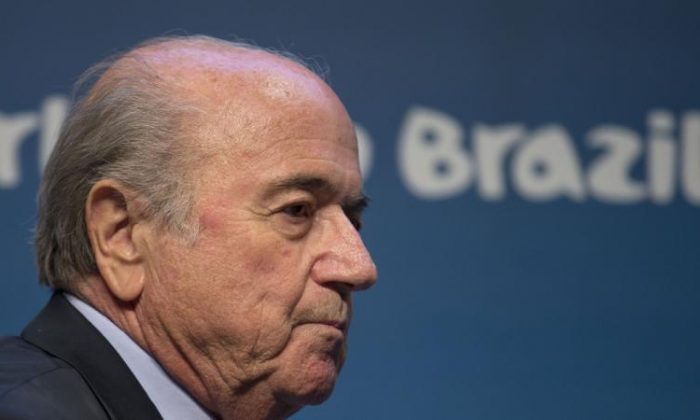 American senators are again calling for the United States and other nations to put pressure on FIFA’s decision to conduct the 2018 World Cup in Russia.

Relations between the U.S. and Russia have cooled considerably in 2014 with Russian support for separatists in east Ukraine causing a a rift to widen. Those relations have worsened since Malaysia Airlines Flight 17 was downed in the region, killing the 298 aboard.

In March, two Republican senators sent a letter to Sepp Blatter requesting the FIFA president strip Russia’s membership and move the World Cup. Now a bipartisan pair has spoken out against Russia hosting the World Cup.

“I think it absolutely should be reconsidered, but I would hasten to add that a unilateral decision by the United States would not bode well,” John McCain told ABC/ESPN’s Capitol Games podcast. “I’m old enough to remember that after the Russian invasion of Afghanistan the United States withdrew from the Olympics, as you might recall, and it was not popular over time. So if we can get the international community to do that, I’m absolutely totally behind it.”

The senior senator from Arizona, who was the Republican party’s nominee for president in 2008, said it would take more than simply an American effort for FIFA to begin to consider a host change.

“I’d like to see the United States and others — say, the British perhaps and other countries — raise the issue in ordinary meetings, periodic meetings that they have. Say, ‘We need to discuss this issue. Is it appropriate to have this venue in Russia at this particular time, and aren’t there other countries that would be far less controversial?'” McCain said.

He went on to note that that he is a frequent target of various organizations for his regular criticism of Russian president Vladmir Putin. But a less outspoken member from across the aisle echoed McCain’s positions on the topic of the 2018 World Cup.

“If in the face of a downed airliner, in the face of crippling sanctions from the European Union, Putin thumbs his nose at the international community and continues to send in arms and personnel into eastern Ukraine, then I’m not sure how you reward this guy and his government with a major, international competition,” Chris Murphy, a Democratic senator from Connecticut told the podcast.

The tournament may seem like a long way off, but Murphy said now is the time to apply pressure.

“You have to do it by the end of the year…You can’t take the chance that this guy is going to calm down and start behaving — because what if another Ukraine crisis erupts in the winter of 2017-2018?” he said.

Football’s governing body has rejected calls to move the tournament as recently as July 25.

“History has shown so far that boycotting sport events or a policy of isolation or confrontation are not the most effective ways to solve problems,” FIFA said in a statement related to the Associated Press.  The governing body believes World Cup “can be a powerful catalyst for constructive dialogue between people and governments.”