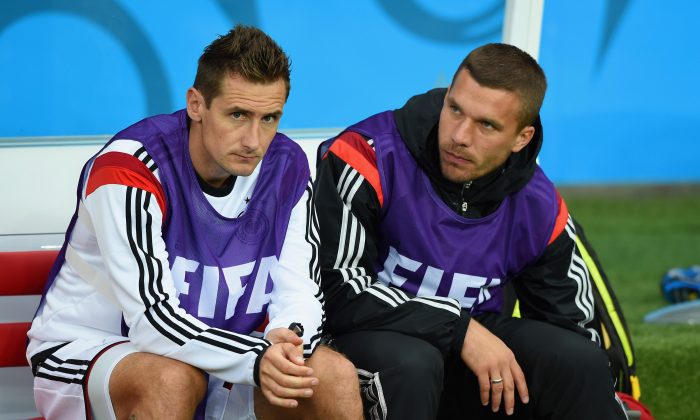 Miroslav Klose (L) and Lukas Podolski of Germany look on from the bench during the 2014 FIFA World Cup Brazil Round of 16 match between Germany and Algeria at Estadio Beira-Rio on June 30, 2014 in Porto Alegre, Brazil. (Matthias Hangst/Getty Images)
Soccer

RIO DE JANEIRO—A European presence in the World Cup semifinals is assured as Germany and France meet at the Maracana on Friday, looking to shrug off stumbling wins in the second round that exposed frailties in both teams.