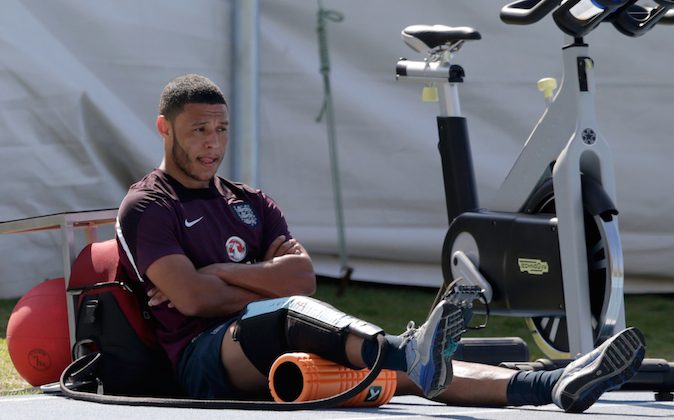 England's Alex Oxlade-Chamberlain sits down after performing some running exercises whilst training away from the rest of the squad as he continues to recover from a knee injury during a squad training session for the 2014 soccer World Cup at the Urca military base in Rio de Janeiro, Brazil, Monday, June 9, 2014. (AP Photo/Matt Dunham)
News

The Arsenal midfielder injured his right knee during a warm-up match against Ecuador last Wednesday.

Hodgson told reporters at England’s training camp in Rio de Janeiro that Oxlade-Chamberlain has been stepping up his recovery and the signs are positive.

Hodgson is hopeful Oxlade-Chamberlain will have recovered for the June 19 match against Uruguay but said he could offer no guarantees.

England opens its World Cup campaign against Italy on Saturday in Manaus.