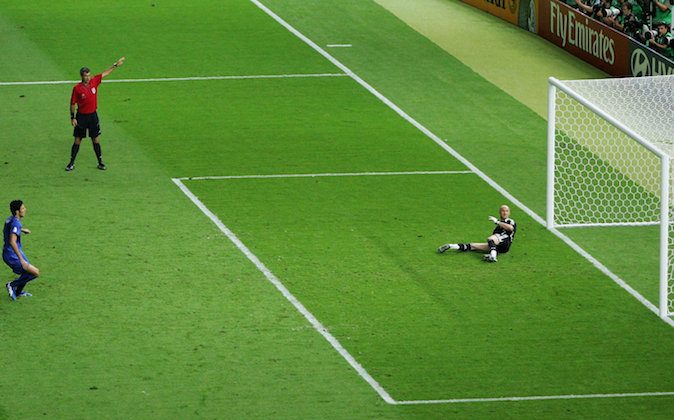 World Cup 2014 Tie, Draw, Extra Time, Penalty Shootouts: What Happens When Teams Are All Square in the Semi Finals, Final?

The knock-out stages of the World Cup are settled very differently from the group stages.

In the group stage, matches can end in a draw. From the second round on, only the winning team can progress to the subsequent round.

So how does it work out in a match that ends in a tie after the full-time whistle?

After a short break, teams will play an additional 30 minutes of extra-time. This period is split into two 15-minute halves, with stoppage time added after each 15 minute slot.

If scores are still level after extra-time, penalty shootouts will take place. Each team will assign five different players to take penalty kicks. The winner will be decided in best of five format, so there is a possibility that a team loses before taking all their penalties.

In the event that the teams are tied after taking five penalties each, both teams will cycle through their remaining six players in a sudden-death penalty shootout, i.e., if one team scores and the other fails, the team that took the successful penalty goes through.

As for penalties, 22 World Cup matches have been settled in this fashion, including the 1994 and 2006 finals in USA and Germany respectively.