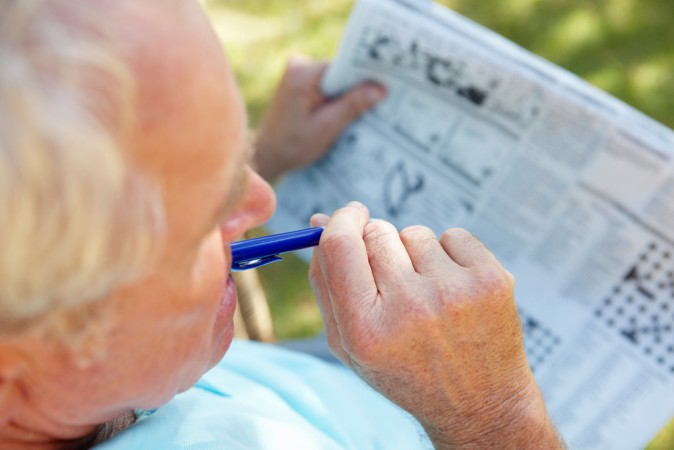 An estimated 5.4 million Americans have Alzheimer’s disease, a severe form of dementia, and hundreds of thousands more may suffer from an often misdiagnosed subtype called “hippocampal sparing” Alzheimer’s, according to recent findings.

The most recent data suggests that well over half a million Americans die from Alzheimer’s disease each year, making it the third leading cause of death in the US, right behind heart disease and cancer.

In related news, research presented at the 2014 American Academy of Neurology’s meeting in Pennsylvania sheds new light on Alzheimer’s cases that are often misdiagnosed.

I firmly believe that drugs are not the answer to any of these conditions.

Misdiagnosis is common, as this subtype spares your memory. Quite often these patients end up being diagnosed with frontotemporal dementia or corticobasal syndrome instead. The former is associated with personality changes, while the latter is a progressive neurological disorder that can involve your motor system, cognition, or both, but patients typically present language problems first, followed by motor symptoms.

While the researchers believe that currently available Alzheimer’s medications may be more effective for those with hippocampal sparing Alzheimer’s than those with more traditional dementia, I firmly believe that drugs are not the answer to any of these conditions. Clearly, at the heart of it all is insulin and leptin resistance, fueled by a diet too high in refined sugars, processed fructose, and grains, combined with far too little healthful fats.

How to Prevent Alzheimer’s Disease—A Neurologist Speaks Out

Last year, and again this spring, I interviewed Dr. David Perlmutter, author of the New York Times‘ bestseller Grain Brain. In my view, Dr. Perlmutter is probably the leading integrative medicine neurologist in the US, and his advice is clear: Alzheimer’s is preventable through proper diet. After spending years treating people’s neurological symptoms, he grew increasingly frustrated with his profession’s lack of ability to get to the root cause.

All of these conditions are rooted in insulin and leptin resistance.

His book, Grain Brain, reveals how and why sugars and carbohydrates destroy your brain, and how to eat for neurological health. He notes Mayo Clinic research that reveals diets rich in carbohydrates are associated with an 89 percent increased risk for dementia while high-fat diets are associated with a 44 percent reduced risk. This combination of very little sugar and carbs, along with higher amounts of healthful fats is KEY for addressing not only Alzheimer’s, but diabetes and heart disease as well.

All of these conditions are rooted in insulin and leptin resistance, and the dietary answer is identical for all of them. Understanding this can make your life easier, as you don’t need to memorize the dos and don’ts for each and every disease you seek to avoid. Instead, what you need to do is shift over to a mindset that is focused on optimizing health. Disease prevention then becomes a beneficial “side effect.”

A study published in the New England Journal of Medicine in August 2013 demonstrates that even mild elevation of blood sugar—a level of around 105 or 110—is associated with an elevated risk for dementia. Dr. Perlmutter believes it’s very important for physicians to become cognizant of this link, and to stop downplaying the risks associated with even mildly elevated blood sugar. So what is an ideal fasting blood sugar level?

Dr. Perlmutter suggests that anything over 92 or 93 is too high. He believes the ideal fasting blood sugar level is around 70-85, with 95 as the maximum. If your fasting blood sugar is over 95 mg/dl, it’s definitely time to address your diet to lower it.

The Importance of Saturated Fats for Healthy Brain Function

Our ancestral diet was very high in saturated fats and virtually void of non-vegetable carbohydrates. Today, not only do we eat tremendous amounts of carbohydrates, these carbs are refined and highly processed. In the last decade, we’ve also shifted over to genetically engineered grains and sugar (GMO sugar beets and corn). Adding insult to injury, for the past 60 years conventional medical authorities have also warned that saturated fats cause heart disease and should be severely restricted.

This inappropriate fat phobia has undoubtedly played a significant role in the dramatic rise in dementia and other neurological disorders, because your brain cannot function properly without fats! The type of fat you eat makes all the difference in the world, though. You want to avoid all trans fats or hydrogenated fats that have been modified in such a way to extend their longevity on the grocery store shelf. This includes margarine, vegetable oils, and various butter-like spreads. Sources of healthy fats to add to your diet include:

1. Avoid sugar and refined fructose.Ideally, you’ll want to keep your sugar levels to a minimum and your total fructose below 25 grams per day, or as low as 15 grams per day if you have insulin/leptin resistance or any related disorders.Here’s a summary run-down of diet-related strategies that will help optimize your brain function and prevent Alzheimer’s:Other Dietary Considerations

2. Avoid gluten and casein (primarily wheat and pasteurized dairy, but not dairy fat, such as butter). Research shows that your blood-brain barrier is negatively affected by gluten. Gluten also makes your gut more permeable, which allows proteins to get into your bloodstream, where they don’t belong. That then sensitizes your immune system and promotes inflammation and autoimmunity, both of which play a role in the development of Alzheimer’s.

4. Increase consumption of all healthy fats, including animal-based omega-3. Health-promoting fats that your brain needs for optimal function are listed above. Also make sure you’re getting enough animal-based omega-3 fats, such as krill oil. (I recommend avoiding most fish because, although fish is naturally high in omega-3, most fish are now severely contaminated with mercury.) High intake of the omega-3 fats EPA and DHA help by preventing cell damage caused by Alzheimer’s disease, thereby slowing down its progression, and lowering your risk of developing the disorder.

5. Reduce your overall calorie consumption, and/or intermittently fast. Ketones are mobilized when you replace carbs with coconut oil and other sources of healthy fats. As mentioned above intermittent fasting is a powerful tool to jumpstart your body into remembering how to burn fat and repair the inulin/leptin resistance that is also a primary contributing factor for Alzheimer’s.
6. Improve your magnesium levels. There is some exciting preliminary research strongly suggesting a decrease in Alzheimer’s symptoms with increased levels of magnesium in the brain. Unfortunately, most magnesium supplements do not pass the blood brain levels, but a new one, magnesium threonate, appears to and holds some promise for the future for treating this condition and may be superior to other forms.
7. Eat a nutritious diet, rich in folate. Vegetables, without question, are your best form of folate, and we should all eat plenty of fresh raw veggies every day. Avoid supplements like folic acid, which is the inferior synthetic version of folate.
Related Coverage

7 Reasons to Get More Magnesium

Besides diet, there are a number of other lifestyle factors that can contribute to or hinder neurological health. The following strategies are therefore also important for any Alzheimer’s prevention plan:

According to Dr. David Perlmutter, fat avoidance and carbohydrate overconsumption are at the heart of the Alzheimer’s epidemic. To learn more about how you can protect your brain health by eliminating non-vegetable carbs from your diet, I highly recommend reading his book, Grain Brain. In order to reverse the Alzheimer’s trend, we simply must relearn how to eat for optimal health. Processed “convenience foods” are quite literally killing us, inducing diabetes, heart disease, cancer, and dementia.

The beauty of following my optimized nutrition plan is that it helps prevent and treat virtually ALL chronic degenerative diseases, including diabetes, heart disease, and Alzheimer’s. Other lifestyle factors, particularly sun exposure and exercise, are also potent allies against all forms of dementia. Ideally, you’ll want to carefully review the suggested guidelines above, and take steps to incorporate as many of them as you can into your daily lifestyle. The sooner you begin, the better, considering that one in nine Americans over the age of 65 end up with Alzheimer’s.

*Image of “senior man” via Shutterstock