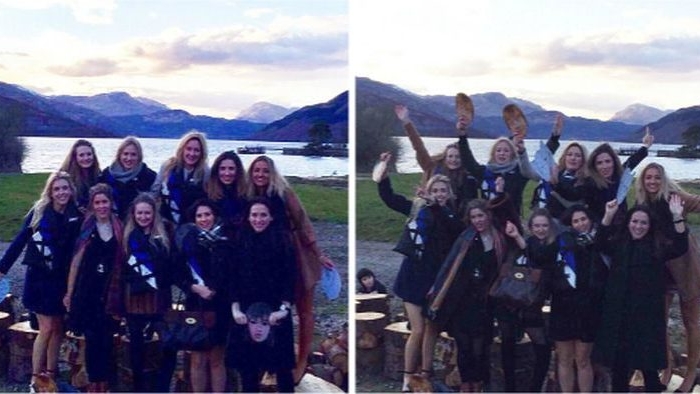 A group of women who took a photo of an event near a Scottish lake noticed something strange.

In one of the photos, a small boy could be seen posing behind them. The women, according to the Daily Mail, claimed that they didn’t add the boy via Photoshop.

The Mail noted that there was a 1994 series called “The Blue Boy” filmed in the same location about a boy who lived there years ago and drowned while sleepwalking.

Paul Murton, who shot the show starring Emma Thompson, said, “I was talking to the hotelier about it and he mentioned the Blue Boy.”

“This, he said, was a young child who had been on holiday with his parents in the hotel and he had been sleepwalking during the night. He had strayed outside, fallen into the loch, and drowned. When they found his body it was blue with the cold,” Murton said. “Hotel staff had noticed that things like cutlery and plates were often out of place for no apparent reason.”

“Perhaps more sinister than that was the fact that they sometimes found wet footprints upstairs in the corridor.”