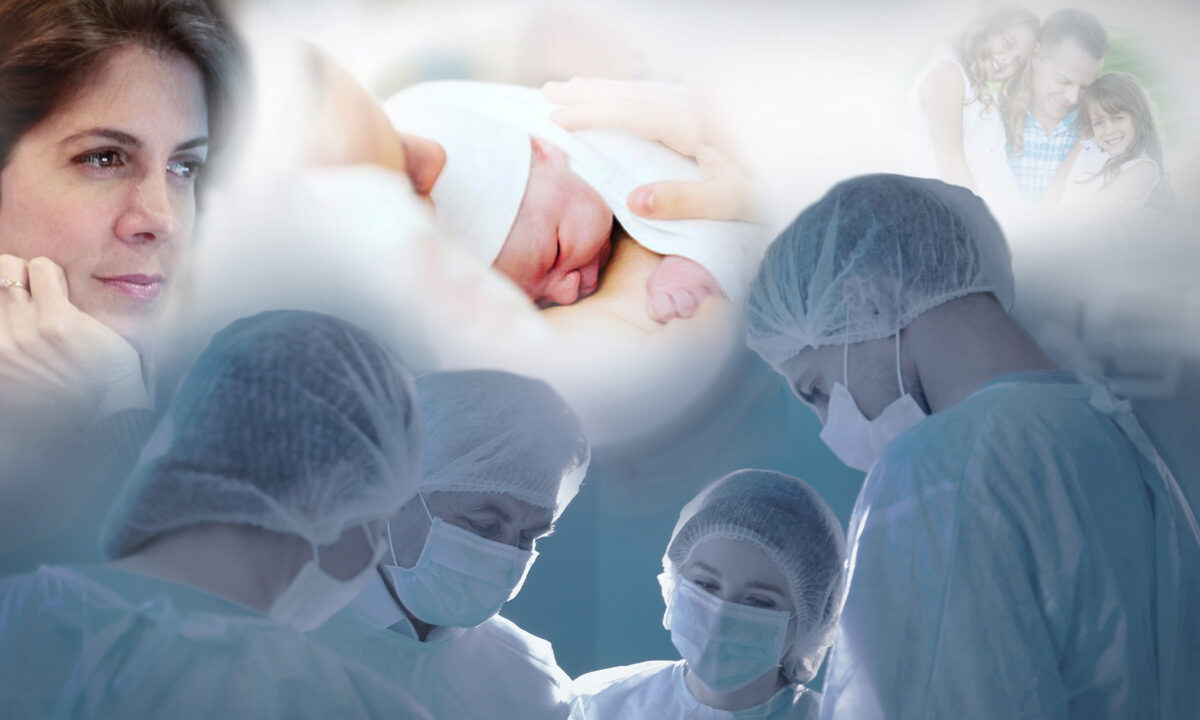 Stephanie Arnold was already a mother to two young girls, but when she became pregnant with her third child, she had a bad feeling.

It wasn’t pregnancy jitters; it wasn’t fear of the unknown—it was a premonition.

“I knew 100 percent I was going to die giving birth to my son,” Arnold told Today. She told everyone—her friends, her family, her doctors. She made public posts—goodbye letters—on social media, and she knew months before her due date that she was going to die on the operating table.

‘I Told Everyone Who Would Listen’

Where was this coming from? Why was she being morbid?

Friends and family were worried about her, and doctors didn’t quite believe her, dismissing her concerns as just nerves.

But it wasn’t just that; Arnold knew very specifically that she was going to die on the operating table, suffer kidney failure, and even need a hysterectomy (removal of the uterus). It was like she had a precise but horrible vision of what was to come.

One of the last people she told was her anesthesiologist during her last medical consultation before her delivery.

It felt like a useless phone call wherein Arnold received no help; the anesthesiologist had walked her through what recovery would look like, and then Arnold asked what would happen in the very specific case that things played out like her vision.

“She said she was startled by it,” Arnold said.

But even though Arnold hung up feeling like the anesthesiologist didn’t help, it ended up being the crucial tie-breaker.

The anesthesiologist ended up flagging Arnold’s file and incorporating extra blood and a crash cart in her operating room.

It Ended Up Making all the Difference

Arnold ended up delivering a healthy baby boy earlier than her due date. She started bleeding and had to be rushed to the hospital. She said goodbye to her 18-month-old daughter through her tears, knowing it would be the last time she would see her.

And then things ended up playing out exactly like her vision. Three seconds after her son was born, she died.

Arnold’s blood wasn’t clotting, she had a heart attack, her kidneys were failing, and she had to get a hysterectomy just like she had seen in her premonition. The human body usually has 20 units of blood—she was given 60 units.

If the extra blood and crash cart hadn’t been on hand, Arnold would not have been resurrected.

It turned out she had an amniotic fluid embolism—where the amniotic fluid gets into the mother’s bloodstream, a rare 1-in-40,000 occurrence, and Arnold happened to be allergic to the fluid, causing a horrific reaction.

When Arnold came out of her medically induced coma, she was traumatized. Everything she feared would happen came to pass, and she ended up seeking therapy to help work through it.

But out of those regression therapy sessions, Arnold learned that she knew a lot of things she shouldn’t have been able to know.

Later, when she asked her doctor whether she’d said “This can’t be happening,” her doctor was shocked. She told Arnold that she did, but only in her head.

Arnold had known what her husband was wearing even though he had been getting off a plane and nowhere near her; she’d known what her daughter was doing down the hall; what the doctors and nurses were doing during the 37 seconds where she was technically dead. There was no way for her to have been conscious or aware of any of that.

She had had an out-of-body experience.

“I have no explanation of it all,” one of her doctors told her.

‘You Need to Go Spiritual’

What really sealed Arnold’s belief that she’d had a spiritual near-death and out-of-body experience was one little boy she saw during those seconds.

There was a little boy who looked a lot like her childhood girlfriend, and she supposed that it could have been her brother who had passed away as a child. Except she’d never met this boy.

During this time, the little boy told Arnold, “Tell my sister that I miss the way she twirled my hair.”

It made no sense to her, but during Arnold’s recovery, she called up her friend to ask if this meant anything to her.

Her Friend Broke Down Crying

She told Arnold, “I used to do it every night to put him to sleep.”

As a child, Arnold was intuitive to the point of practically having premonitions, but it went away as she got older. But the months leading up to her third pregnancy cranked her sensitivity up high.

She did her research thoroughly afterward as well. She sorted through many near-death experiences and read what other experts had to say for or against these theories while making up her mind.

Her own doctors had told her that, normally, someone in her situation would not have survived, or if they did there was such a high chance of lasting neurological damage, and none of it happened to Arnold.

Then she compiled her research and her interview with her doctors in the aftermath and wrote a book, titled “37 Seconds,” to tell her story.

Arnold knew what she saw had to be true.

She had gone through a traumatic experience, and the months leading up to it were terrifying, but she came out the other side feeling blessed.

Find out more about Stephanie Arnold at her website stephaniearnold.net, or check out her book “37 Seconds” at Amazon.