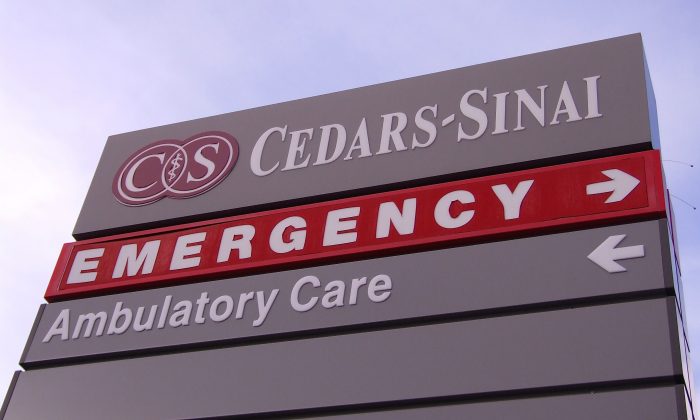 LOS ANGELES—A Hollywood woman is suing Cedars-Sinai Medical Center, alleging hospital doctors have wrongfully rejected her requests that her 75-year-old mother be given the drug ivermectin as her health continues to deteriorate due to the coronavirus.

“My mother is on death’s doorstep, she has no other options,” Sylvia Bagdassarian states in an affidavit in support of her Los Angeles Superior Court lawsuit filed Aug. 27, asking for a court order that the drug be given to her mother, Maria Rosa Bagdassarian.

She said she has researched cases around the country where hospitals refused to give patients ivermectin, only to be ordered to do so by the courts.

She cites two such cases in which the sick patients recovered and eventually were released from the hospital.

“My research indicates that the risks are infinitesimally small, especially when balanced against her chance of survival without further medical treatment,” Bagdassarian said.

A Cedars-Sinai representative didn’t immediately reply to a request for comment.

While ivermectin is often given to livestock as an antiparasitic, it is also used for some human conditions and is currently in use for the treatment of the novel coronavirus in different countries around the world. The drug is not recommended by the FDA.

In May, the Chicago Tribune reported that the family of a woman named Nurije Fype, 68, who had been in intensive care for about a month and was on a ventilator, secured a court order for Elmhurst Hospital to allow an outside doctor to administer ivermectin. Fype’s daughter later wrote on Twitter that her mother gradually improved and was sent home from the hospital in late June.

Bagdassarian’s mother tested positive for COVID-19 on Aug. 1 and was admitted that day to Cedars-Sinai, the suit states. She was placed in the intensive care unit and given high-flow oxygen along with steroids, antibiotics, and the drug Remdesivir for five days, the suit states.

No improvement was seen in the woman and her condition deteriorated to the point where she is now sedated, intubated, and on a ventilator, as her blood oxygen levels have decreased, the suit states. The hospital’s position is that there is nothing further that can be done and that they can only “hope for the best,” the suit states.

Bagdassarian, as her mother’s guardian, has presented a prescription and requested many times that Cedars-Sinai give ivermectin to her mother, but a hospital doctor responded that the drug was “not within the hospital protocols and would not help her mother,” the suit states.

On Aug. 18, the doctor suggested that Bagdassarian “come in and say goodbye to her mother,” the suit states.

“Based upon my mother’s current condition, there is no rational basis for [Cedars-Sinai] to refuse to administer ivermectin,” Bagdassarian states in her affidavit. “For all intents and purposes, it represents her last chance to survive. If she is going to die anyway, then what is the risk in giving her the chance to try ivermectin?”

Bagdassarian offered to sign a waiver absolving the hospital of liability if it administered ivermectin to her mother, but the doctors and administration still refused, the suit states.