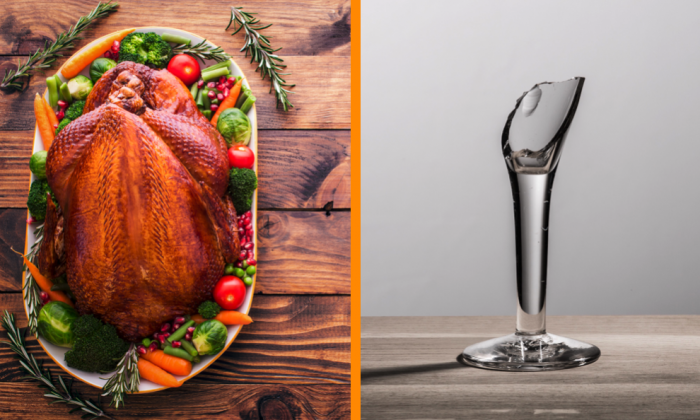 A dispute over the date of Thanksgiving prompted a woman to allegedly slash a man in Dayton, Ohio. (Shutterstock / CC0)
Crime and Incidents

An argument over the date of Thanksgiving turned violent in an Ohio home on Nov. 23, with a woman allegedly slashing a man with a shard of glass and hurling bleach at him.

Emergency responders and police arrived at a home in the 1900 block of Wesleyan Road, Dayton on the morning of Thanksgiving Day to find a man lying in a pool of blood and what appeared to be some other fluid, according to WHIO. Upon closer investigation, it turned out to be bleach.

What sparked the series of unfortunate events leading to what are non-life threatening injuries, was a dispute—over the date of Thanksgiving.

“[The victim] stated he thought Thanksgiving was either the week before or the week after, but certainly not today,” police said in a report, according to WHIO.

The man then reportedly made a phone call, prompting the suspect, a woman, to interrupt and intensify her verbal abuse of the man, according to the report. A tussle ensued, during which the woman allegedly picked up a glass object and threw it at the man, missing him but hitting the wall.

The skirmish then further escalated, with the woman allegedly seizing a bottle of bleach and dousing the victim with its contents.

Afterwards, she took a piece of broken glass and slashed the victim’s arm with it, police reported.

The victim was hospitalized for his injuries, which are reportedly not life-threatening.

Police said they have not yet apprehended the suspect, who fled the scene of the crime.