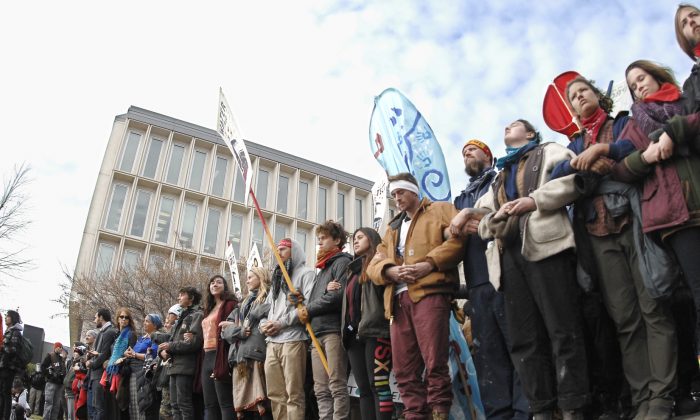 The father of a 21-year-old woman from New York says his daughter was seriously injured while protesting the Dakota Access oil pipeline in North Dakota.

Wayne Wilansky says 21-year-old Sophia Wilansky is having a second surgery on a damaged arm at a Minneapolis hospital and might lose the arm. He says his daughter told him she saw a law enforcement officer throw an object at her that exploded.

There’s a GoFundMe for Sophia Wilansky, who may lose an arm from being hit by a concussion grenade at Standing Rock. https://t.co/uPxqv0W0w5 pic.twitter.com/nx94a3biRl

Wilansky was injured during a clash late Sunday near the camp along the pipeline route in southern North Dakota where protesters have gathered for months.

The Morton County Sheriff’s Office has said authorities didn’t use any concussion grenades and suggested an explosion heard during the skirmish might have been caused by small propane tanks that authorities said protesters had rigged to explode.