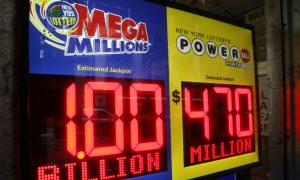 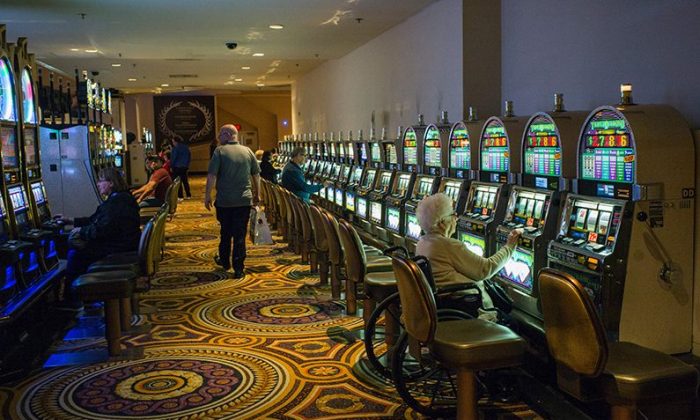 A woman plays the slot machine in a casino in Atlantic City, New Jersey, on May 8, 2016. (Jewel Samad/AFP/Getty Images)
US News

A Washington woman said that she lost out on a slot jackpot after a Maryland casino got her social security number wrong and refused to give her the winnings.

Cynthia Obie said she won thousands of dollars at the slot machine when she hit the jackpot on Jan. 4 at MGM National Harbor.

“I was very excited. Like I need this money,” she told Fox 5.

She gave casino staff her identification and personal information but said they misread her social security number by one digit.

When a staff member plugged the wrong social security number into the database, the winnings were confiscated because the person whose number it was apparently owed the state of Maryland thousands in child support.

MGM admitted the error but told the broadcaster that it was too late, citing Maryland law.

A spokesman said that it’s now Obie’s responsibility to follow up with the Gaming Control Agency.

Obie said she was told to go to the office of Maryland’s Human Services, which handles child support, and she’s already been there once for more than an hour without the problem being resolved.

“Frustrated, but now I’m at the point, this is insane. You guys area billion dollar corporation, you do the research. I won fair and square. I just want my money,” Obie said.

The casino said it gave Obie $200 in free play and several drink vouchers but it can’t hand out extra winnings.

A California man was arrested this week after he replaced a roommate’s $10 million lottery ticket with a fake one and tried to cash in on the winnings, authorities said.

The story started on Dec. 20, when a Vacaville resident bought a $30 Scratcher lottery ticket, which turned out to be a winner. The man believed it was worth $10,000.

The man went home and shared the good news with his two roommates.

But when the man went the next morning to collect his winnings, he was told the ticket was not a winner and had been altered.

While cashing in the stolen ticket, Adul discovered that it was actually worth $10 million, not $10,000.

“At this point, the Lottery was unaware this ticket had been reported stolen and began their administrative investigation that is done on all winnings over $600. When the Lottery investigator went to Lucky in Vacaville to obtain video surveillance footage of the original purchase they were told the ticket might be stolen,” the department stated.

“This is when the Lottery investigator and a Vacaville PD detective began comparing notes and working together on this theft investigation. They determined the roommate had purchased a similar Scratcher Lottery Ticket, altered it, and swapped it with the winning ticket.”

Adul was invited on Jan. 7, to collect the $10 million but when he arrived he was arrested and booked into the Sacramento County Jail.